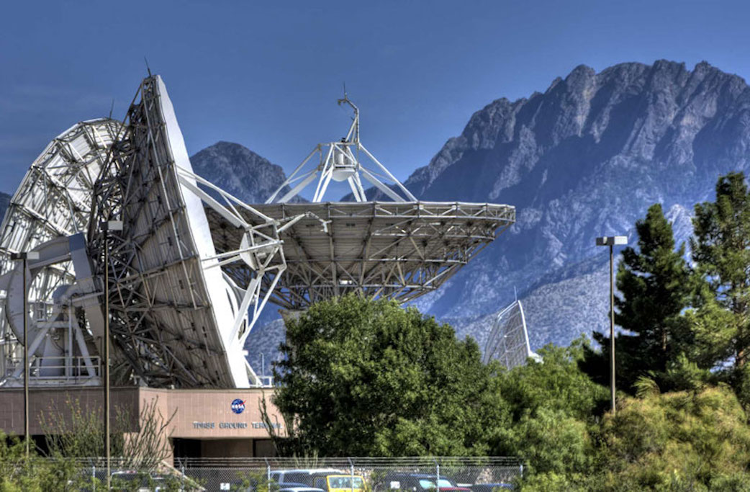 Data acquisition at the National Aeronautics and Space Administration (NASA) is a fundamental part of daily operations. From tracking spacecraft to accumulating data from exploration missions, the quick and efficient collection, processing and storage of information is vital to the agency’s work. As a core part of the agency’s operations, the history of data acquisition at NASA stretches back to its founding.

NASA began operations as the civilian space agency of the United States in 1958, succeeding the National Advisory Committee for Aeronautics (NACA). In its early days, NASA had three data acquisition networks-- the Space Tracking and Data Acquisition Network (STADAN), the Manned Space Flight Network (MSFN), and the Deep Space Network (DSN). These three networks however, were preceded by the first U.S. satellite tracking system known as the Minitrack Network. This network became operational in 1957 and was used to track early space missions such as Sputnik, Vanguard and Explorer. 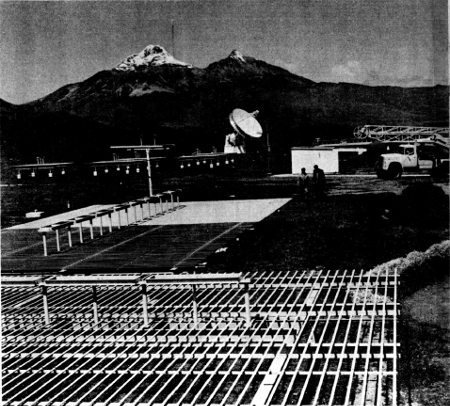 The 136 MHz Minitrack array at the STADAN Lima station in Peru. Credit: NASASTADAN was created by expanding and upgrading the Minitrack Network with additional ground stations and equipment. Operated by the Jet Propulsion Laboratory (JPL), STADAN supported low-Earth orbital missions for scientific satellites. It was a worldwide network of antennas and tracking equipment under the direction of the Office of Tracking and Data Acquisition at Goddard Space Flight Center.

The tracking capabilities of STADAN were critical to the success of satellite missions like solar observatories, weather satellites, and other observational craft launched by NASA. The network’s ground-based stations recorded telemetry such as satellite altitude and orbital position that was necessary to properly interpret mission data from satellites. Knowing where a satellite is and which way it is pointing is critical to understanding the data it delivers.

The second early NASA tracking network was the Manned Space Flight Network (MSFN). This system supported crewed missions such as Alan Shepard’s and John Glenn’s pioneering Mercury flights in 1961 and 1962, the pre-Apollo Gemini missions, and the Apollo program that landed humans on the moon. Video transmission and voice communications were two functions performed by the MSFN that were not normally handled by STADAN. To carry out its tasks, the MSFN required a ground network of radar and radios spread out around the globe, connected by communications links, and supervised by centralized control and shared timing systems.

The third NASA data acquisition network was the Deep Space Network (DSN). This network supported lunar, planetary and interplanetary unmanned missions. It has existed separately from the other networks, but occasionally served as backup, such as supporting the Apollo missions. 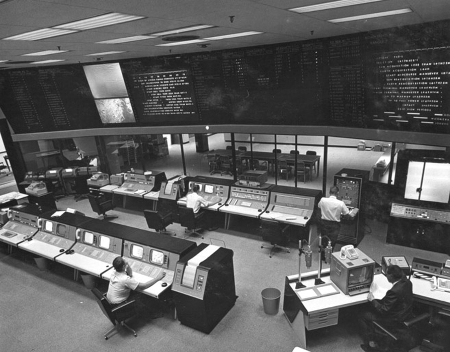 The Space Flight Operations Facility at NASA’s Jet Propulsion Laboratory in May 1964. The facility collected tracking and scientific data for the Deep Space Network. Credit: NASA

The long range space communications of the DSN have different technical requirements than the low-Earth orbit applications of the other tracking networks. The weak signals from distant spacecraft demand larger diameter tracking antennas on the ground with very sensitive low-noise receivers. The antennas, however, need only move slowly to keep up with far away spacecraft with low angular speeds relative to Earth. In addition, communications occur at low data rates.

The three networks – STADAN, MSFN, and DSN – did not have strictly defined boundaries between them and saw considerable cross-use of facilities. Tracking equipment assigned to one network was occasionally used as support for missions primarily handled by another network. The triad of tracking and data acquisition systems was tied together in the early 1960s by NASA’s global, real-time communications system-- the NASA (Ground) Communications System (NASCOM).

NASCOM consisted of submarine cables, land lines and microwave radio links that included satellite relays. 3.2 million kilometers of circuits had been set up by 1969, permitting nearly real-time communications of voice and data between all continents except Asia and Antarctica.

After the end of the Apollo missions in 1972, the MSFN and STADAN were consolidated into the Spaceflight Tracking and Data Network (STDN). The ground stations in this network were eventually phased out as the STDN was succeeded in the mid-1980s by the Tracking and Data Relay Satellite System (TDRSS).

The TDRSS consists of ground stations in White Sands, New Mexico, a remote terminal in Guam, a control center in Maryland, and several geostationary communication satellites in space. With the TDRSS, fewer ground stations were needed compared to STDN, and the data bandwidth capability of the system was improved. 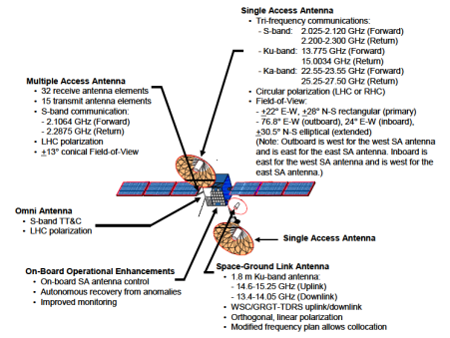 Second and third generation Tracking and Data Relay (TDRS) satellite capabilities. Credit: NASA. (Click to enlarge)The bandwidths of NASA’s tracking and data acquisition networks have improved substantially since their advent. The early Minitrack network was limited to the standard teletype speed of 60 words per minute – about 30 bits per second. The link between Cape Canaveral and Goddard Space Flight Center was upgraded in mid-1961 with four voice-bandwidth 4kHz data circuits rated at 1000 bits per second each. The first active scientific equipment left behind on the Moon during the Apollo 11 mission in 1969 communicated telemetry at a rate of 1060 bits/sec. Today, the newest second and third generation tracking data relay satellites in service in the TDRSS are capable of communicating in a high frequency 22.5 to 27.5 GHz Ka-band at speeds up to 800 Mbps.

Over the course of its history, NASA’s data networks have evolved and improved to meet the demands of new scientific missions. This trend will continue in the future. The first humans journeying to Mars will likely beam home imagery and data over an upgraded communication system designed to fit the advanced requirements of the expedition. NASA’s tracking and data acquisition networks will continue to play a vital role in mission success in the years ahead.