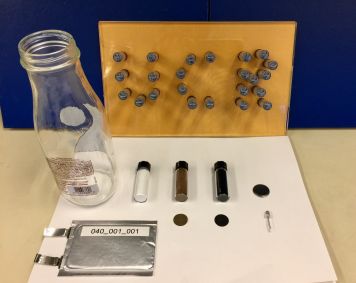 Researchers at the University of California, Riverside have made a big development in renewable energy using waste glass bottles and an inexpensive chemical process to create the next generation of lithium-ion batteries. The glass is used to create nanosilicon anodes that are needed in lithium-ion batteries. These new batteries will provide more power and battery life to electric and plug-in hybrid vehicles and personal electronics. Cengiz Ozkan and Mihiri Ozkan, two professors from the university, are leading the project.

Every year billions of glass bottles make their way to the landfills. With this knowledge, the researchers wondered if the silicon dioxide in waste beverage bottles could be used for high purity silicon nanoparticles for lithium-ion batteries.

Silicon anodes have their positives and negatives. They can store up to 10 times more energy than conventional graphite anodes. But they expand and shrink during charge, which makes them unstable. It has been discovered that downsizing the silicon to nanoscale reduces their instability. By combining a nearly pure form of silicon dioxide, like the ones taken from glass waste bottles, and implementing a chemical reaction, the researchers created the lithium-ion batteries. These batteries store four times more energy than conventional anodes.

To create the batteries, the glass bottles were crushed and ground into a fine white powder, a magnesiothermic reduction, which transforms the silicon dioxide into nanostructured silicon. The researchers then coated the silicon nanoparticles with carbon, improving their stability and energy storage capabilities.