The development could detect a wide range of pressures, from human body weight to finger touch. The sensor has transparent features and is capable of generating an electrical signal based on touch actions while consuming less electricity than conventional pressure sensors. The sensor can detect different types of touch such as swiping and tapping.

“The thickness of the air-dielectric layers is determined by the applied pressure,” says Jang-Ung Park of Materials Science and Engineering at UNIST. “With that technology, it would be possible to detect pressure changes far more 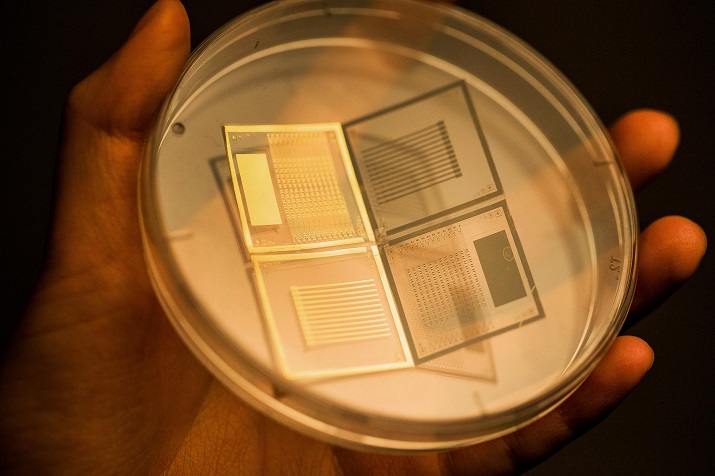 In order to create the 3-D pressure sensors, researchers placed a graphene channel, metal nanowire electrodes and an elastic body that traps air on one side of the foldable substrate, and covered the other side of the substrate like a lid to keep in the air. As force is pressed, the elastic body is transferred to the air-dielectric layer and alters its thickness. The changes in the air-dielectric layer is converted into an electrical signal and transmitted via metal nanowires and the graphene channel, expressing the position and intensity of the pressure.

Sending and receiving signals only by flowing electricity is possible where pressure is generated. And since all the substrates, channels and electrode materials used in the process are transparent, the sensors can be manufactured with invisible pressure sensors, researchers say. This approach is seen as a way to successfully implementation of active-matrix pressure sensors that consumers less power and faster response times than passive-matrix types.

“This study not only solves the limitations of conventional pressure sensors, but also suggests the possibility to apply them to various fields by combining pressure sensors with other electronics devices such as display,” Park says.