NTU says the smart camera records the slightest movements and objects in real time by changing light intensity between scenes at nanosecond intervals—faster than conventional video and unlike optical cameras that can be blinded by bright light and unable to make out details in the dark. 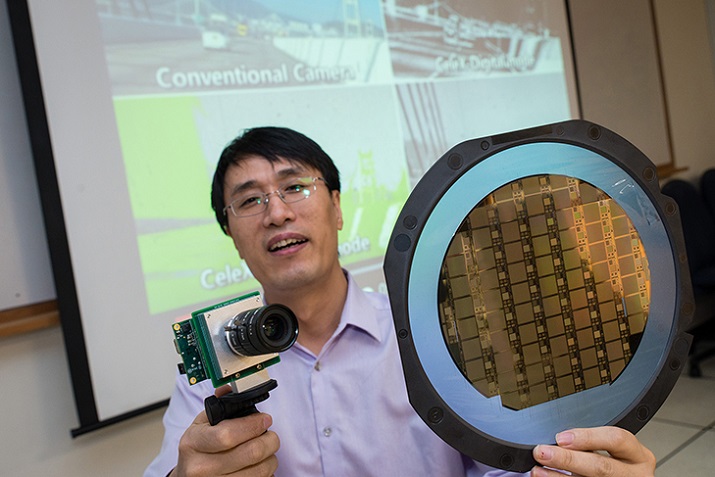 The Celex camera records the slightest movements and objects in real time by changing light intensity between scenes at nanosecond intervals. Source: NTU Singapore The camera, named Celex, has the ability to instantly analyze captured scenes, highlighting important objects and details to allow drones and cars to automatically adjust to the road or flight pattern.

“Our new camera can be a great safety tool for autonomous vehicles, since it can see very far ahead like optical cameras but without the time lag needed to analyze and process the video feed,” said Chen Shoushun, assistant professor at NTU’s School of Electrical and Electronic Engineering. “With its continuous tracking feature and instant analysis of a scene, it complements existing optical and laser cameras and can help self-driving vehicles and drones avoid unexpected collisions that usually happens within seconds.”

Typical cameras for drones and cars have sensors that record light information and use millions of pixels to form a resulting picture. High-speed cameras record up to 120 frames or photos per second that are process by a computer in order for self-driving vehicles to see and analyze the environment.

Celex records the changes between light intensity of individual pixels at its sensor, reducing the data output. This avoids the needs to capture the whole scene like a photograph, thus increasing the camera’s processing speed, NTU officials said. The camera sensor also has an integrated processor that analyzes the flow of data instantly to differentiate between the foreground objects and the background. This give self-driving vehicles more time to react to any oncoming vehicles or obstacles.

The next step will be moves to commercialize Celex as the University is already in talks with global electronic manufacturers for the camera. NTU says it hopes to have a commercial ready camera by the end of the year.