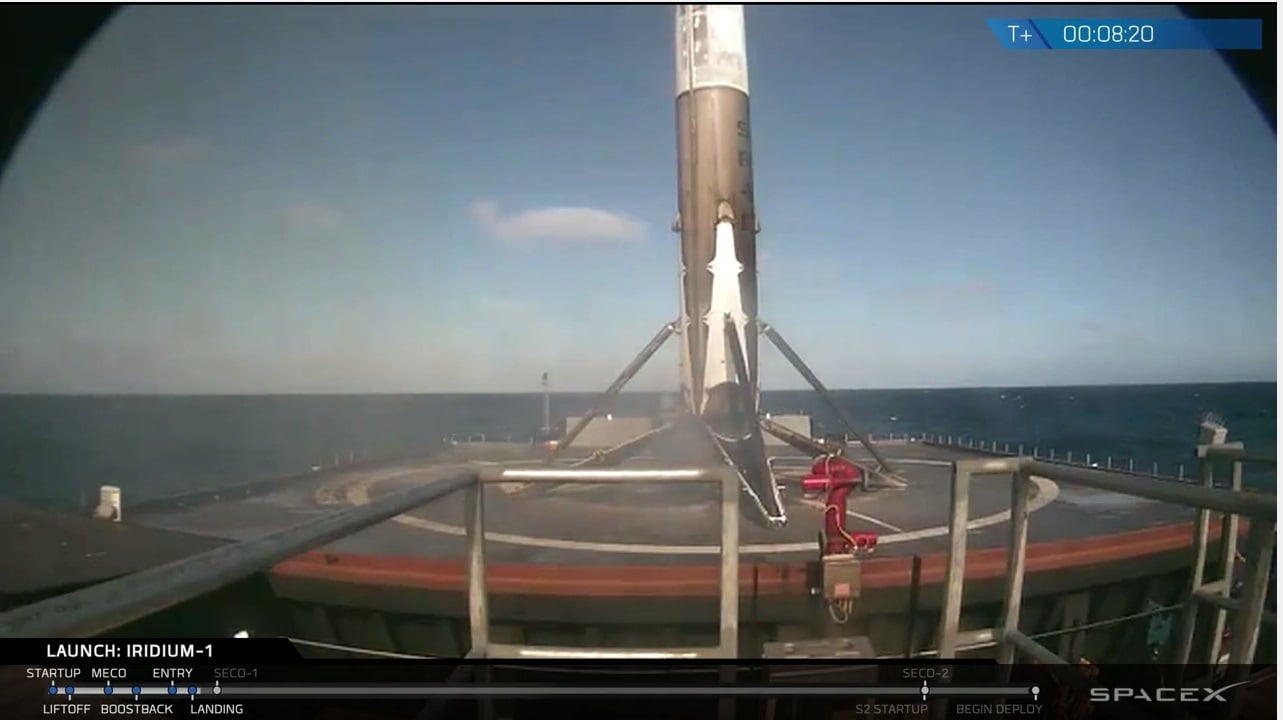 A successful landing was just the boost SpaceX needed.Saturday, January 14, 2017 marked the first successful launch of the SpaceX Falcon 9 rocket following the explosion of its second-stage rocket in September and a subsequent investigation to determine the cause.

The Falcon 9 launched from Space Launch Complex 4E on Vandenberg Air Force Base in California, and delivered a fleet of ten advanced Iridium NEXT mobile voice and data relay satellites to low Earth orbit. The first stage landed on the drone ship “Just Read the Instructions,” about eight minutes after lift-off, executing a perfect landing.

Included in the satellites’ payloads were equipment for Cambridge, Ontario-based Satellite AIS data service provider exactEarth’s next generation constellation, exactView RT, powered by Harris Corporation. The maritime payloads will be brought into service by spring, delivering a continuous, global and real-time ship tracking capability for the first time ever, according to a press release from exactEarth Ltd.

The RT satellites will provide best-in-class vessel detection rates and instantaneous downlinking of IS information, enabling average global re-visit rates below one minute, with exactEarth customers receiving real-time updates. By 2018, exactView RT will consist of more than 60 payloads onboard the Iridium NEXT constellation.

The successful launch and satellite deployment has far-reaching implications for all the companies involved -- once again showing the viability of privatized, commercial space flight.

As Iridium works to replace its aging fleet that’s been in orbit nearly two decades, SpaceX is scheduled to launch at least 70 of the 81 satellites.