Low-resistance Tires and Fuel Use 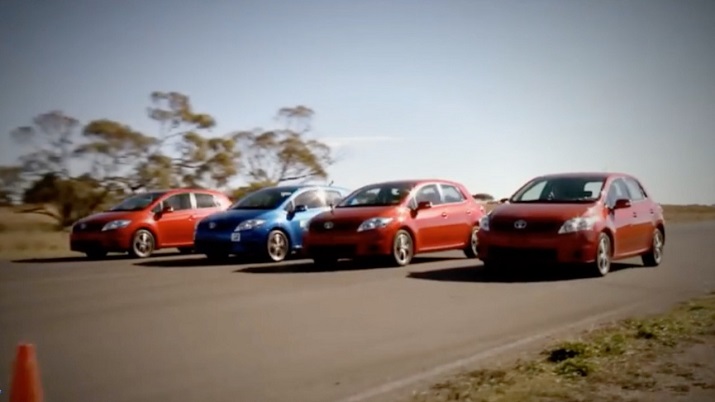 The aim was to discover combinations that reduce both traffic noise and CO2 emissions, as well as for extending the range of electric cars. Experiments were carried out on test tracks with a wide variety of road surfacing textures, as well as on ordinary public roads and in the laboratory. It turns out that road surfacing texture was "very important" in rolling resistance, noise and energy consumption, according to the researchers.

This fish-tracking system isn’t on sale at your favorite sporting good store… yet. The Department of Energy's Pacific Northwest National Laboratory has developed a self-charging tracking tag for fish behavioral studies. The tag uses a flexible strip containing materials that generate electricity through physical movement. It emits beeps that are recorded by underwater receivers and is designed to track many different species, including long-living fish such as sturgeon and migratory species such as eel and lamprey. The self-powered acoustic tag can help scientists better understand how dams and ocean energy devices affect fish behavior. The new tag is designed to work as long as the fish carrying it swims.

Civil engineers at Purdue University are working with the Indiana Department of Transportation to learn how to use a type of bridge pile often seen in offshore applications that could help reduce the cost of bridge building and the replacement of aging spans. The large open-ended pipe piles are lengths of steel pipe about 100 feet long and two feet in diameter. They will be used in the foundations of a bridge spanning the Wabash River near Purdue's campus. An advantage of the pipe piles, which will make up the bridge's center piers, is that they can be driven into the riverbed's soil more easily than the traditional closed-ended piles, which will be used for the end piers. Similar open-ended piles have been used in offshore applications such as wind turbines and oil platforms. INDOT is now exploring how to use them more often for structures on land. Because the pile is larger than conventional piles, fewer of them are needed, potentially reducing bridge construction costs.