Imagine being able to power your wearable devices directly from your body, without the need to plug them into an outlet.

Researchers at North Carolina State University have developed a new plan for harvesting body heat and converting it into electricity, which can be applied to wearable technology to make this happen.

The lightweight prototypes developed by the team conform to the shape of a person’s body and can generate far more electricity than previous lightweight heat-harvesting technologies. 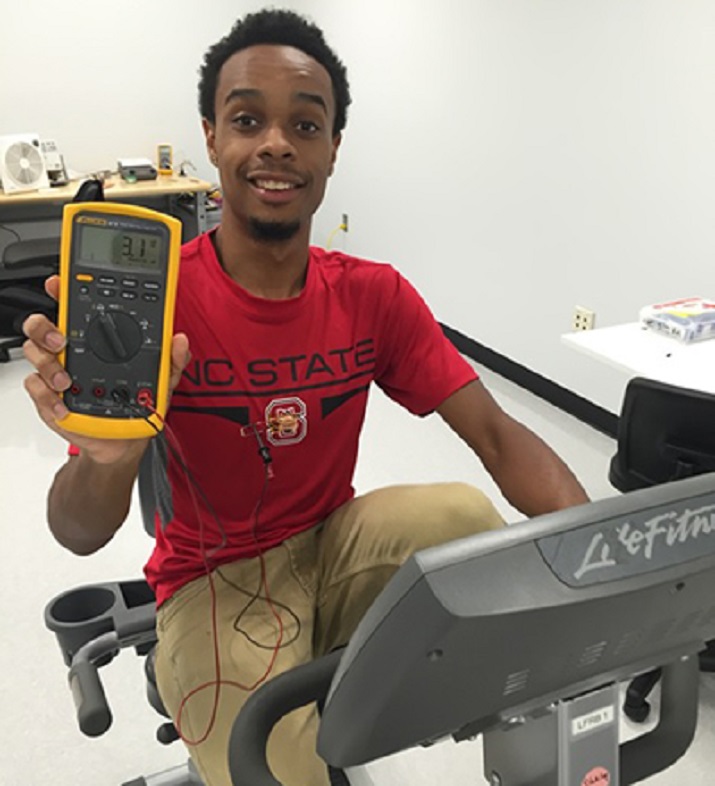 “Wearable thermoelectric generators (TEGs) generate electricity by making use of the temperature differential between your body and the ambient air,” said Daryoosh Vashaee, an associate professor of electrical and computer engineering at NC State.

In previous models, the technology worked on either heavy and bulky heat sinks or were only able to generate about one microwatt or less of power per centimeter squared (µW/cm2).

“Our technology generates up to 20 µW/cm2 and doesn’t use a heat sink, making it lighter and much more comfortable,” said Vashaee.

“In this prototype, the TEG is only one centimeter squared, but we can easily make it larger, depending on a device’s power needs,” said Vashaee.

The researchers determined that the optimal location for harvesting heat was the upper arm. Even though skin temperature is higher around the wrist, the wrist’s curves can limit the surface area of contact between the TEG band and the skin. Wearing the band on the chest limited air flow, and as a result, heat dissipation, because the chest is typically covered by a shirt.

The researchers were able to integrate the TEG T-shirts. In doing so, they found that the T-shirt TEGs were still capable of generating 6 µW/cm2—or as much as 16 µW/cm2 if a person is running.

“T-shirt TEGs are certainly viable for powering wearable technologies, but they’re just not as efficient as the upper arm bands,” Vashaee said.

The goal of the project is to create wearable technology that can be implemented in long-term health- monitoring solutions, such as heart trackers or other physical and environmental variables, to predict and prevent asthma attacks. In order to do this, Vashaee notes that engineers will need to move away from a reliance on batteries and toward prototypes such as this one.