Their advance helps pave the way for next-generation electronics and computing technologies, as well as paper-thin devices.

The scientists were able to grow these thin transistors and circuits by controlling the synthesis of a transistor. Narrow channels were etched onto conducting graphene, and a semiconducting material called a transition-metal dichalcogenide, or TMDC, was seeded in the empty channels. These two materials are single-layered crystals and atomically thin, so the two-part assembly-generated electronic structures that are two-dimensional and the fusion are able to cover an area a few centimeters long and a few millimeters wide. 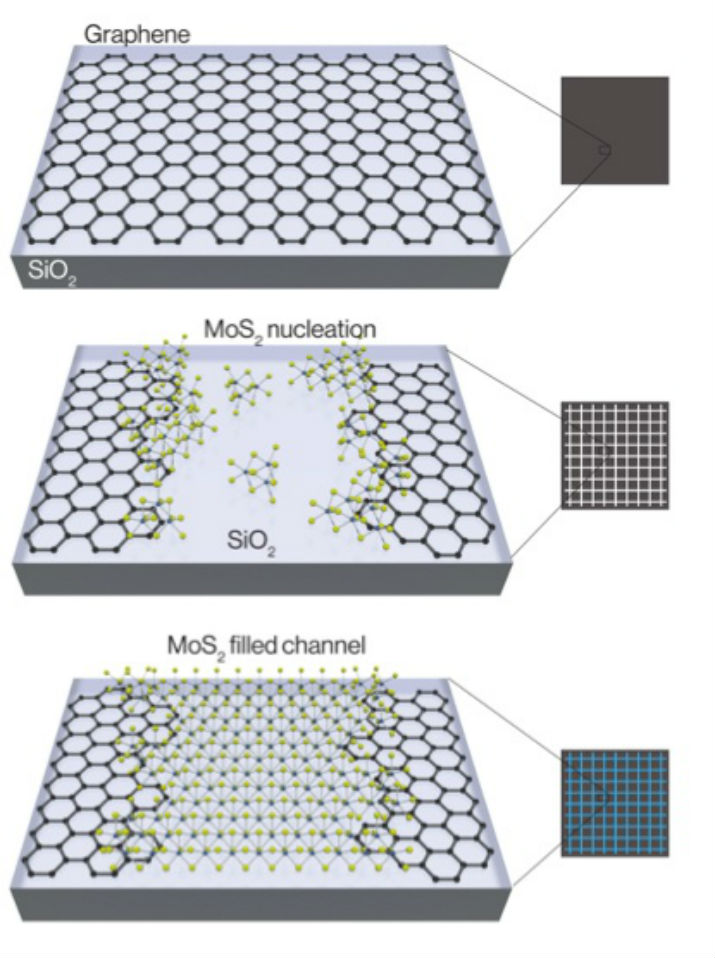 “This is a big step toward a scalable and repeatable way to build atomically thin electronics or pack more computing power in a smaller area,” said Xiang Zhang, a senior scientist in Berkeley Lab’s Materials Sciences Division who led the study.

Their work is part of a series of research aimed at keeping pace with Moore’s Law, which states that the number of transistors in an integrated circuit doubles approximately every two years. In order to keep up with this pace, scientists predict that integrated electronics will soon require transistors that measure less than ten nanometers in length.

Transistors are electronic switches that need to be able to turn on and off—a characteristic of semiconductors. At the nanometer scale, silicon transistors are expected to be an unlikely option because silicon is a bulk material; the smaller electronics made of silicon become, the more their switch performance decreases.

As an alternative to keep up with Moore’s Law, researchers have looked to two-dimensional crystals that are only one molecule thick because they are not subject to the constraints of silicon.

The Berkeley Lab scientists developed a way to seed a single-layered semiconductor, in this case the TMDC molybdenum disulfide (MoS2), into channels etched via lithography within a sheet of conducting graphene. The nanometer-scale junctions formed by this process enable graphene to efficiently inject current into the MoS2 and create atomically thin transistors.

The team suggests that future computing could be conducted completely with atomically thin crystals employing the new technique.