There are a myriad of sensor-laden kits hitting the shelf that will help you create wearables, immersive gaming, augmented reality, 3-D mapping—virtually all IoT-targeted designs. If you’re looking to improve power consumption (and who isn’t?), or make your designs painfully smaller, rest assured that there are comprehensive kits that will help you cut through the IoT’s considerable complexity.

Kits often save an outrageous amount of money, especially in the software department. Given the breakneck speed required to get products out the door, the kits provide integrated hardware, software and connectivity as well as a ready-made platform for fast and sometimes inexpensive design. One timesaving aspect in particular is the ability to have software and its licensing in hand, enabling design through development and then maintenance throughout a product’s life cycle.

Many of these devices are connecting for the first time ever, while design teams are lean and sometimes lack the gamut of knowledge and design experience necessary to create IoT devices and do it fast. In addition, the bundling of hardware, middleware, stacks and real-time operating systems used to be helpful to the design team; now it’s pretty much mandatory.

Kits have evolved, especially in the IoT realm. In the past, they often included “free” or low-cost software, which could result in substantial expense in reliability problems, as well as low- to high-end security. Challenges would often arise in the designer’s accessibility to support, upgrades and fixes. Today kits are available that include software and hardware configuration, debug, test and, depending on the kit, other important and optional components on board. These include support, updates and licenses directly from the vendor offering the kit, enabling customers to concentrate on their own value add and get to market as fast as possible.

Ecosystems are becoming more critical as are collaborative efforts. An example of perfect timing, an ecosystem and kit that was ready at launch is Amazon’s AWS IoT Platform, announced at the Invent conference late in 2015. Amazon claims that the managed cloud platform supports billions of devices and trillions of messages, processing and routing the messages to AWS endpoints and devices securely.

Here are some ecosystem kit offerings designed to spur adoption. Partners for the IoT platform at launch and features of their offerings include:

NXP is also targeting the IoT with the LPC43S67 A 70CM kit kit via element 14 that combines AES128/192/256 encryption, NFC, Wi-Fi, Ethernet and sensors centering on the LPCXpresso43S67 board with LPC43S67 dual-core M4F and M0+MCU. The board is expandable via Arduino Uno R3 and Pmod-compatible headers. Debug is provided by an on-board, high-speed USB debug probe. The kit is supported by NXP’s LPCXpresso IDE and ZentriOS.

NXP also announced that it is supporting two recently introduced reference platforms for wearables—the Hexiwear platform and WaRP7 platforms. Hexiwear, built by MikroElektronica, is based on the Kinetis K6x MCU, Kinetis KW40Z multimode radio SoC, NXP sensors and a single-cell battery charger IC. The WaRP7 is an NFC-enabled MPU, developed in collaboration with element 14. The platform enables evaluation and rapid adoption for wearable device innovation. It allows for power efficiency optimization, lower BOM and performance flexibility.

Intel also just unveiled the latest version of its IoT starter kit for IoT, Developer Kit 3.0, that includes support for a variety of sensors. It also enables devices to connect to IBM's Bluemix cloud platform. Thanks to this integration, developers also can take advantage of Watson application programming interfaces for analytics, speech and image recognition. IoT will be the primary development tool for Intel's recently announced Robotics Development Kit that includes a developer board with an Atom processor and a RealSense 3-D camera. 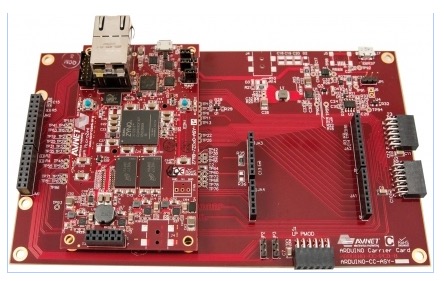 Designing IoT devices is complex. However, design kits provide more than a platform. They offer enhanced compatibility between disparate devices, software compatibility and reliability through to production, and a fast and understandable basis for companies to add what they do best while “partnering” with the kit providers to get to market as fast as possible—the only way to be competitive in the exploding market segment.