Google’s move to restructure a good portion of its business into a new subsidiary called Alphabet has shocked the technology world.

Under the restructuring, Google would retain its search, Android, YouTube, Chrome, maps, Gmail and other core businesses while Google X, Calico, Google Capital, Google Fiber, Google Ventures, Nest and Sidewalk Labs will be divisions inside Alphabet. 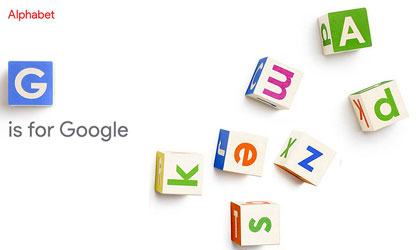 Google is separating many of its side projects into a new company called Alphabet. Source: GoogleQuestions already are stirring about the fate of some of the “side projects” that will be lumped into the new entity including its autonomous driving program, Android wearables division and the destiny that will unfold for the next-generation of Google Glass. However, the move to include these important technology projects into Alphabet may result in more pros than cons, according to IHS.

Google has embarked on this journey for a number of reasons. First, it gives greater transparency for investors and shareholders as now they will be able to see what projects of the Alphabet are generating revenue, and which Moonshot projects (Google X) are bringing in returns. Secondly, it increases a consumer’s view of privacy. Previously, a consumer may fear when buying a smart connected thermostat of getting tracked for targeted advertising, as part of a separate company those concerns are partially offset. Third, it gives the companies room to grow so when a project gets closer to completion, they can accommodate the room needed for Alphabet’s ambition, IHS says.

One such project further along the pipeline is Google’s self-driving vehicle program. While early buzz feared the spinoff may place this project further down the line or get shelved entirely, according to Luca De Ambroggi, principal analyst for automotive semiconductors at IHS, autonomous driving is too relevant, even in terms of image and marketing for there to be a negative impact from the spinoff.

“In fact, streamlining the organization might even be an advantage as it will have more flexibility to react to the market and to collaborate more with third parties,” De Ambroggi says.

Is a second-generation Google Glass project at risk under the newer sleek version of Google/Alphabet? Not likely, says Antonios Maroulis, analyst for

Antonios Maroulis, analyst for mobile media for mobile devices and networks at IHSmobile media for mobile devices and networks at IHS. He says there are reports that the second generation of Google Glass is coming out soon and it will be significantly cheaper than the first generation—which cost a whopping $1,499. He also believes the next chapter in the life of Google Glass will have significant improvements and may even be aimed at the professional market rather than for general consumers.

This is also a project under Alphabet that may thrive and given more room to expand inside the company if it catches on with the public (or private), he says.

In terms of Android Wear—Google’s line of smartwatches, smartphones, tablets and televisions that are inter-linked via the Android operating system—because it is staying within the core businesses of Google, it is unlikely to change much, he says.

However, this is also a chance for Google to take advantage of a slimmer company by putting renewed focus in this market in order to compete against products from iOS that have captured the limelight in wearables so far.