Over the past 10 years, visible light-emitting diodes (LEDs) have been adopted widely in many different applications, as prices have fallen and new technologies have been developed to make full use of them. The Infrared (IR) LED market is now also experiencing a similar increase. 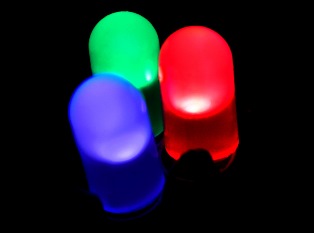 So where is this growth coming from? The answer lies in the market for IR LEDs, photodiodes, and phototransistors.

IR LEDs have in the past been used in a variety of applications, mostly in remote controls for consumer goods. But over the past few years, there has been a huge increase in the popularity of consumer do-it-yourself (DIY) security cameras. Each of these cameras has a number of rings of IR LEDs, to provide night vision capabilities, meaning that for each camera sold, there could be anywhere from 10 to 50 IR LEDs. The gain in popularity has had a major impact on the market in China where the majority of these cameras are manufactured.

Despite gains in security cameras the real growth of potential, lies in the automotive market. Over the past 10 years, many leading automotive manufacturers have increased the number of sensors and “smart” capabilities into their vehicles. Many newer technologies—such as rain, light and tunnel sensors—now come equipped on many vehicles. Other applications of IR devices in cars include proximity, parking, lane detection and driver drowsiness sensors, and as such the IR LED market is growing strongly in the automotive market, with a 11% compound annual growth rate (CAGR) forecast from 2014 to 2020.