Capital expenditures for most large semiconductor companies are expected to increase by 8 percent in 2015 and grow another 3 percent in 2016, according to the association. The projected increases are driven by new fab construction projects and the ramp up to new technology nodes. 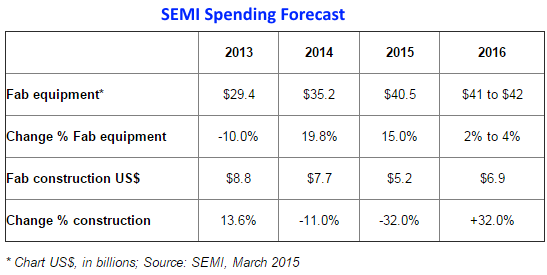