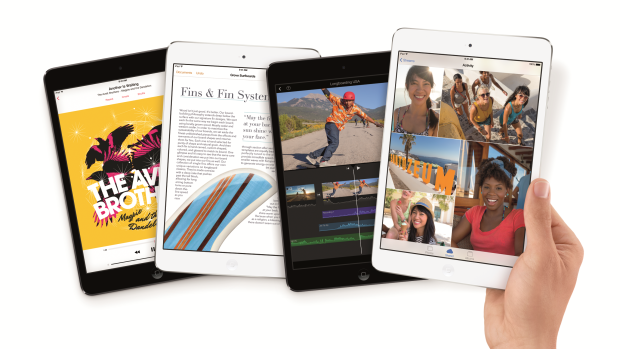 Despite a decrease in shipments and market share, Apple Inc.'s iPad retained its position as the top selling tablet in the third quarter, according to IHS Inc.

IHS attributed Apple's weaker shipments in the third quarter primarily to a shift in the company's product release cycle. The company changed from a two-pronged launch approach in 2012—with tablet launches in the spring and the fall—to a single fall release in 2013.

"The erosion in Apple's unit shipment market share was inevitable," said Rhoda Alexander, director of tablet research at IHS, in a statement.

Alexander said a surge in sub-$250 tablets catapulted Android past iOS as the top tablet operating system in the third quarter. But she added that vendors pushing these less expensive tablets would have a difficult time turning a profit in an increasingly competitive market.

"Cheaper almost always wins the volume race, and competitors were quick to adjust pricing when it became clear that it was impossible to achieve anything close to Apple's unit growth at the same price level," Alexander said.

While vendors selling Android- and Windows-based tablets are using price cuts as their most powerful market till, Apple actually increased its revenue per iPad unit by $3 in the third quarter, Alexander said.

With new Windows-based tablets entering the market at prices less than the base unit of the newly configured iPad mini with Retina display, Apple is on track to lead the tablet market on revenue for years to come, IHS believes.

Apple has now shipped more than 170 million iPads since the launch of the first iPad in 2010. Samsung Electronics, Apple's closest competitor in tablets, has shipped 54 million units since it entered the tablet market in the fourth quarter of 2010, according to IHS.

Samsung shipped 10.7 million tablets in the third quarter, good for a 22.2 percent share of the market, according to IHS. Over the past 12 months, Samsung has increased its share of the tablet market by 8.1 percent, while Apple's share has declined by 12.7 percent over the same period, IHS said.

Samsung's success in the tablet market is due in part to the company's expansion of its tablet lineup over the past year, IHS said, with an array of offerings geared to hit a variety of price points. The strategy is similar to the one Samsung employed to grow its presence in the smartphone market, IHS noted.

Meanwhile, other tablet brands are also eating into Apple's market share lead. Asus of Taiwan, which recently launched the second generation of its Nexus 7 tablet, grew shipments by 87 percent quarter-to-quarter, IHS said. Meanwhile, Lenovo grew its shipments by 94.6 percent compared to the second quarter, based largely on its strong regional presence in China as well as its strength in Europe and in emerging markets such as Latin America, IHS said.

While Samsung, Asus, and Lenovo and others have all been a part of the growth of the Android operating system in the tablet arena, much of the heavy lifting has been done by little-known, regional vendors based in China that have blanketed the globe with minimally configured, Android-based, 7.x-inch tablets at price points of $100 or less, according to IHS.

"The growth in cheaply made, inexpensive Android tablets is a key piece of the growing imbalance between shipments and usage measurements in the tablet world," Alexander said.

But, Alexander added, the cheaper tablets tend to have much higher return and failure rates.

"This results in much shorter overall product lifetimes in the Android market than in the iOS space, and contributes to iOS still leading the tablet market in installed base, despite Android’s lead in unit shipments over the past year," Alexander said. "The size of the installed base is critical because it measures actual devices in use, a key metric for content and application developers."