Edible drones could be deployed in rescue scenarios 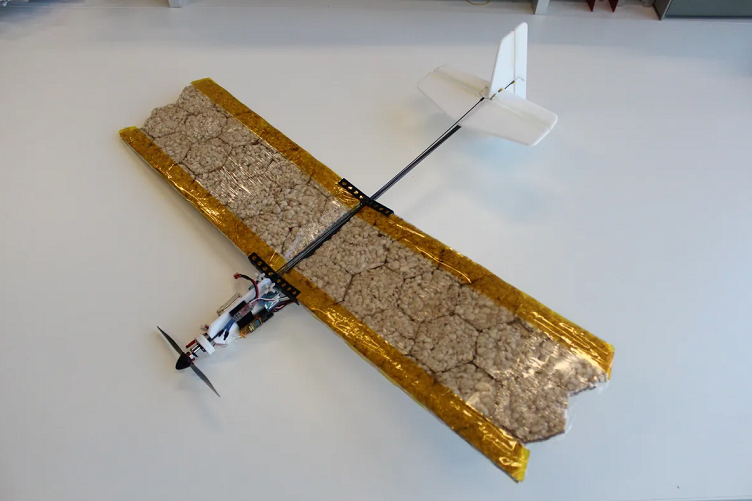 The drone prototype consists of rice cakes and gelatin that can be eaten once they are deployed in an emergency or rescue scenario. Source: EPFL

A drone with wings made of rice cakes and gelatin may be the next generation of disaster response during critical times of getting food to stranded people.

Researchers from the Swiss Federal Institute of Technology Lausanne (EPFL) created the drone that can boost its payload of food from 30% to 50% of its mass. The goal is to create an easily deployed drone that can reach people stranded in emergency or rescue scenarios.

It does this through rice cakes that are “glued” together from the gelatin to form wings that attach to the simple drone body equipped with a simple motor. While not the most appetizing of meals, it could prove valuable in times of crisis.

The EPFL team used a laser cutter to form the rice cakes into hexagons and form them together with the gelatin. The hexagons are then formed into the shape of a wing and a layer of inedible plastic wrap and tape is added to protect the dry cakes from absorbing water and falling apart.

The drone has a wingspan of about 70 centimeters and can deliver about 300 calories, the equivalent of one breakfast serving.

According to EPFL, the edible drone can fly and achieve speeds of about 10 meters per second with the addition of a motor, servos to actuate the tail surfaces for control and a small battery.