Internet of things for the power sector 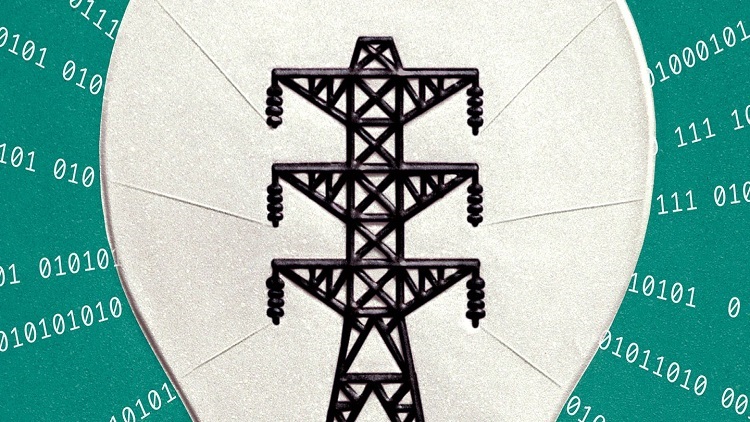 Industrial revolutions are generally classified into four distinct stages. During the first era, novel energy sources for powering machines were found. This period saw the widespread exploitation of coal and the advent of steam generating stations. The second revolution was a period of fast industrial expansion marked by massive iron and steel manufacture. Throughout this time, numerous large-scale factories with production lines were created, resulting in the establishment of new firms. The third revolution brought about the computer and a wave of communication technologies, such as the telephone, enabling supply chain automation.

A diverse range of contemporary technologies, including communication systems (such as 5G), the internet of things (IoT) and intelligent robotics will likely accelerate the fourth technological or industrial era. IoT connects a variety of individuals, objects, processes and data by enabling them to interact effortlessly. Thus, by gathering and analyzing massive amounts of data, the IoT may aid in the improvement of many processes by making them more quantifiable and measurable. The IoT has the potential to improve people's quality of life in a variety of sectors and particularly the energy sector as will be discussed in this article, which examines the great potential of the IoT to improve energy efficiency, demand reduction and renewable energy technology deployment.

Optimizing the power sector with IoT

The IoT makes use of sensors and communication technology to collect and send real-time data, enabling quick calculations and effective decisions. Additionally, the IoT can assist the energy industry in transitioning from a centralized to an intelligent, distributed and integrated energy system. This is a necessary attribute for deploying local, distributed renewable energy sources such as solar and wind energy, as well as converting a large number of small-scale energy consumers into prosumers by optimizing supply and demand when it is beneficial to the grid. Systems based on IoT control, integrate and automate operations via communication technologies and sensors. Collecting large amounts of data and the application of smart algorithms for real-time data analysis can assist in monitoring the power consumption behavior of various users and devices over a range of time scales and more efficiently controlling that usage.

Necessary components of an IoT platform

IoT is a relatively new technology that makes use of the internet and seeks to make a connection among physical items or "things." Physical gadgets may include industrial machinery and household appliances. Similar to other sectors, the IoT framework for the energy sector must be constructed by keeping in mind its five major parts: IoT application, IoT devices, communication protocols, data storage and data analytics. When developing an IoT application, which is the initial stage in constructing an IoT platform, it is critical to choose appropriate components such as sensor devices, communication protocols, data storage and processing. For instance, an IoT platform intended to monitor and regulate HVAC systems in a building must have requisite environmental sensing devices and utilize appropriate communication technologies.

IoT devices, the second stage of IoT platforms, may take the shape of actuators, sensors or any other tool that participates in data gathering, processing and transmission cycles. For instance, an IoT gateway tool lets data be sent into the IoT system and supports bi-directional communication between the device and the gateway, as well as between the gateway and the cloud. The third element of the IoT platform is the communication protocols, which allow various devices to share data and communicate with decision-making centers or controllers. Such technologies include Bluetooth, Wi-Fi and ZigBee, as well as cellular networks like 5G and LTE-4G.

The data storage of the IoT platform is its fourth component that facilitates the administration of sensor data. In theory, the amount of data acquired from equipment is enormous. This involves the design of an effective data storage infrastructure, which might be in the form of cloud storage or at the periphery of an IoT network. The fifth part of IoT platforms is the stored data that is utilized for analytical reasons. Data analytics can be conducted offline after data storage or in real-time. The off-line analytics begins with the collection of stored information and continues with the display of that data on-premises utilizing graphical representations. For real-time analytics, such as stream analytics, edge or cloud servers are employed to give visualization.

[Discover more about IoT software and systems on GlobalSpec.com]

IoT applications in the energy sector

Early phases of the IoT contributed to the power sector by mitigating the risk of output loss or blackouts through monitoring and management of equipment and operations. Old power plants have significant problems in terms of efficiency, reliability, environmental concerns and maintenance requirements. The age of power sector equipment and inadequate maintenance practices can result in significant unreliability and energy losses. Through the use of IoT sensors, internet-connected tools may detect any operational breakdown or unexpected drop in energy efficiency, signaling the need for repair. IoT systems also enable greater flexibility in bridging the gap between generation and demand, which can alleviate some of the constraints associated with installing renewable energy power plants, resulting in increased clean energy integration shares and reduced greenhouse gas emissions.

This article has introduced the IoT as an instrument to power the fourth industrial revolution, using the internet to provide connectivity among different devices in a wide variety of areas. In the power sector, it has numerous applications, many of which are considered here. In a nutshell, the IoT can assist the power sector in transitioning from a hierarchical, central system to a decentralized, intelligent and optimized structure.