How USB took the world by storm 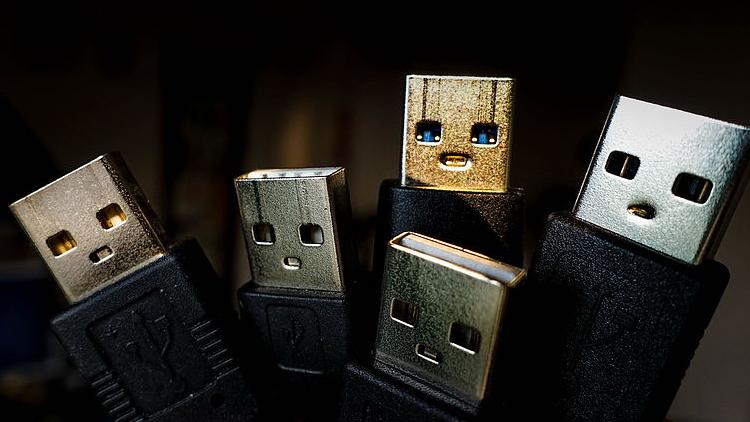 In 1995, when HP engineer Ajay Bhatt was working with Intel, he had no idea that his invention — the Universal Serial Bus (USB) — would one day become one of the most ubiquitous technologies in the world. But over the past three decades, USB has evolved into a key component of modern life, connecting billions of devices and bringing unparalleled flexibility to digital lives. Here's a look at how USB became such a success and what the future may hold for this indispensable technology.

Shifting toward standardizing the USB

In the early days of computing, there were a variety of different ways to connect devices to computers. Serial and parallel ports were common, as were proprietary connectors that were specific to certain devices or manufacturers. This created a lot of confusion and made it difficult to connect devices to the right port.

USB is a standard that was developed in 1995 to address this problem. It is an industry-standard connector that is used on a wide range of devices, from printers to keyboards to flash drives. USB has gone through several iterations since it was first introduced, and it is now one of the most commonly used types of connections for electronic devices.

The shift toward USB standardization has been gradual but steady. In the early days of USB, there were still a lot of devices that used proprietary connectors. Standardization has made it easier to connect peripherals to computers and other devices, and it also makes it easier to find cables and adapters when they are needed.

How the USB evolved

USB was first introduced in the 90s and has undergone several revisions since then, with each new revision bringing improvements in speed, power delivery and data transfer rates.

The first version of USB was released in 1996 and was designed to replace the older serial and parallel port connections. The original USB 1.0 specification had a transfer speed of 1.5 Mbps and was later increased to 12 Mbps in the USB 1.1 revision.

USB 2.0 was released in 2000 and was a major update to the USB standard. It increased the transfer speed to 480 mbps and also introduced new features such as plug-and-play support and isochronous data transfers.

The latest version of USB is USB 3.0, which was released in 2008. It offers a significant increase in transfer speed over previous versions, up to 5 Gbps. It also introduced new features such as improved power management and increased bandwidth for isochronous data transfers.

Today, USB is used in a wide variety of devices ranging from computers and laptops to smartphones and tablets. It has also evolved into new connector types such as mini USB, micro USB and USB Type-C.

Mini USB is a smaller version of the USB that is commonly used in older electronic devices. The mini USB port is approximately half the size of a standard USB port and uses a smaller connector. While the mini USB connector is no longer as common as it once was, it can still be found on some small electronics, such as digital cameras.

The main difference between mini USB and USB-A (the original USB) is the size of the connectors. Mini USB has a much smaller connector than USB-A, which makes it more compact and easier to use with smaller devices. In addition, mini USB uses a different type of connector than USB-A. While both types of connectors are compatible with each other, an adapter will be needed in order to connect a mini USB device to a standard USB port.

Mini USB is not as common as it once was, but it is still a viable option for those who need a smaller and more compact connector. If still in use, it may be wise to consider investing in an adapter so that it can be used with standard USB ports.

Micro USB is a type of connector used for transferring data and charging devices. It is smaller in size than Mini USB and became the standard for many tablets, cellphones and other devices in previous years. Micro USB is half the thickness of Mini USB and has a slightly different pin configuration.

Micro USB has been replaced by USB Type-C on most new products, but it remains a popular option for those who need to connect older devices or charge them quickly.

In recent years, a new type of USB has been developed: USB Type-C. So what exactly is USB Type-C and how does it differ from the older, more traditional USB-A?

USB Type-C is the latest generation of USB connector. It is much smaller than its predecessors and can be used on both laptops and smartphones. One of the main advantages of USB Type-C is that it is reversible, meaning that it can be plugged in either way up. This makes it much easier to use, as there is no need to fiddle around with which way is up.

USB Type-C also supports much higher data transfer speeds than USB-A. It can transfer data at up to 40 Gbps, which is eight times the speed of USB 3.0. In addition, it can deliver up to 100 watts of power, which is enough to charge a laptop.

USB Type-C is smaller, reversible and faster than traditional USB-A. It is the latest generation of USB connector and is slowly becoming the new standard.

Although USB 4.0 is still in its early rollout, research into the next iteration is already underway. Intel’s early research shows that speeds up to 8 Gbps are possible, with added bandwidth created by PAM4 modulation.

With this added capacity, expect device designers to quickly dream up features and software so that it is possible USB 5.0 is just over the horizon.