Automated driving technology: Should we go for it? 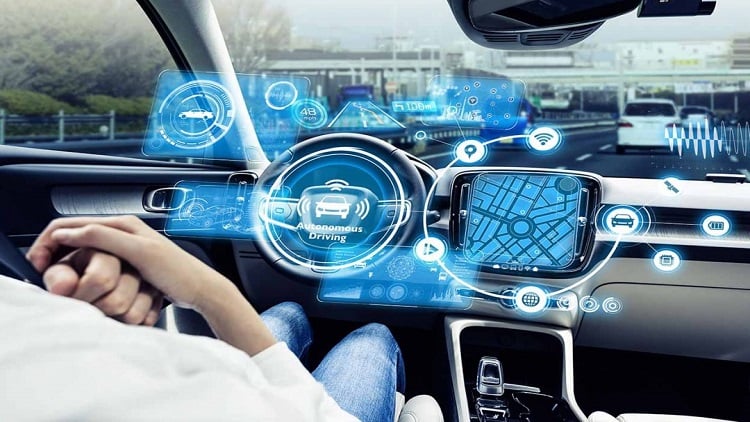 Vehicles capable of some kind of automated driving have been expected to emerge for decades. Because these vehicles conduct a sequence of automated operations while transporting people or commodities, it is possible to refer to them as vehicular robots, as they go around two points without human interaction. But, the complete automation typified by level 5 technology necessitates mastery of the numerous obstacles associated with vehicle development and delivery to market, such as the recognition of other car drivers and the tracking of driver conduct in the event that manual control must be reestablished. While the lack of human interaction in the operation of autonomous vehicles improves road safety, implementing them is a complicated multidimensional issue that has not been addressed completely.

The most sophisticated car capabilities now present in the marketplace (Tesla's AutoPilot) only equates to level 2 or partial automation. In conditional automation or level 3, human car drivers must be prepared to regain control in emergency scenarios, like system breakdown, when a takeover request from the system is prompted or when the conditions surpass the system's operational design domain. Perception and interpretation of traffic and road conditions, or situational awareness, play a critical part in determining upcoming actions in this process. Once a takeover request is sent, drivers must divert their focus away from their current road activities. To accomplish this, they must evaluate information gathered from the environment and respond by triggering the vehicle actuators to execute the dynamic driving job depending on their current comprehension.

Prior to initiating a takeover request, it is necessary to acquire both internal and external data on the driver's state and driving circumstances in order to ensure a safe result. It is especially critical in emergency takeover proceedings. As a result, it is vital to building driver monitoring systems capable of estimating the driver's mental and physical state and correlating it to the current road scenario. To do this, the driver management system gathers benchmark values for various driver state markers, such as the driver's posture, gaze and physiological metrics, and calculates a deviation measure from these values, allowing them to identify the driver's amount of focus. Driver monitoring must ensure that all cars equipped with a level of partial automation (level 2) maintain proper driver involvement, as drivers are expected to reclaim control at any moment.

Level 3 automation is the next stage in the development of completely autonomous vehicles. Nevertheless, there is endless debate over whether it is preferable to simply move the focus to develop cars with a level of automation of 4 or higher. Ford and Toyota are now creating vehicles with a level 4 of driving automation, excluding level 3 systems. One of several primary reasons for this decision is that level 3 systems must properly return inattentive drivers to the dynamic driving tasks. Such a connection between system and driver is highly dependent on the driver's capabilities. Thus, even a well-designed data exchange does not guarantee that all drivers regain control of the car well within the requisite time frame for safe driving. Additionally, the ambiguity associated with level 3 in terms of liability in the event of an accident, as well as the absence of regulatory measures and a legal framework, encourages the choice to avoid level 3.

[See also: A Primer to the 6 Levels of Autonomous Driving]

Major fatalities involving automated driving systems are closely monitored and may result in unfavorable public opinion. Fatalities or collisions are intricate events that involve a plethora of significant circumstances and can be grouped into collisions due to the operator, the system and external sources. The operator errors of automated driving systems are the major cause of several collisions. It is accomplished by considerations of the human aspect, which include attentiveness, training, supervisory control, controls, displays, situational awareness, workload and mental models. For example, in 2016, on the highway, a vehicle collided with the rear of a stationary cleaning truck, killing the driver.

System collisions that are caused directly by malfunctioning devices, sensors, software or other design characteristics are uncommon due to limited deployment and the developer's attention thus far. Nonetheless, the numbers will grow, and the consequences for developers will be severe. The world expects these systems to be safe, and the requirement for an automated driving system is significantly higher than the standard for human driving. The last type of collision due to external sources is mainly the result of interactions of automated vehicles with other cars and road users. However, it has received little attention until now. In addition to physics and driving laws, human drivers depend on a sophisticated set of rules and expectations. They anticipate that subsequent vehicles will act similarly. Crashes can occur when automated driving systems contradicts the expectations of other drivers.

Automated driving systems have the ability to enhance traffic flow and road safety while also creating new job possibilities by increasing the competitiveness of linked firms in a range of areas such as fleet management, transportation convenience stores and insurance. The automobile industry is not alone in its pursuit of widespread use of driving automation above level 2: the European Union recognize the potential societal benefits of new technologies such as increased traffic efficiency, reduced energy consumption and emissions.