As autonomous driving technology continues to advance, it will ultimately become a greater part of our everyday driving lives; therefore, the focus on safety has become of greater importance than ever before.

One of these safety considerations is the “takeover time,” or the amount of time it takes for the driver to regain control from the automated system.

A study from the University of Southampton in the U.K. has examined early automated driving systems to determine the amount of time needed for a driver to switch to manual vehicle control. 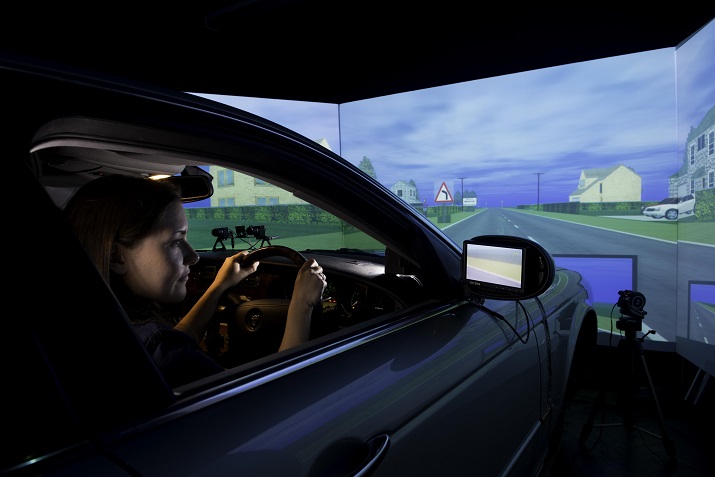 The Southampton University Driving Simulator was used to study the time it took regain control from an autonomous driving system. Source: University of Southampton Simulations run by the University showed a broad range of transition times for survey participants to resume control of their car. Researchers found that under non-critical conditions, drivers needed between 1.9 and 25.7 seconds to take control from automation—reflecting a variety in driver behavior and environmental conditions.

The goal is to provide system designers with information on lead times when developing autonomous driving systems and to suggest the focus shouldn’t just be on the average time needed for a person to successfully switch, but rather on the range of resumption times.

“We hope our findings can guide policymakers in setting guidelines for how much lead time a driver will need when changing in and out of automation,” says Neville Stanton, professor of engineering at the University of Southampton. “The challenge for designers is accommodating the full range of response times rather than limiting parameters to mean or median transition times.”

The study examined 26 men and women, aged between 20 and 52, while they were engaged in simulated driving at 70 miles per hour with and without a potentially distracting non-driving secondary task. Takeover requests were issued at random intervals ranging from 30 to 45 seconds during normal driving conditions. Those engaged in a secondary task prior to a control transition took longer to respond, showing a potential safety hazard.