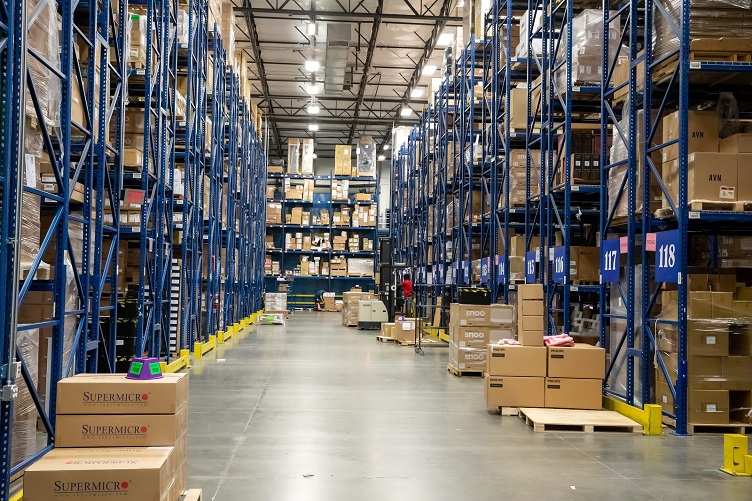 An Avnet warehouse that fills orders to engineers and companies. Avnet has seen a huge uptick in the use of its distribution orders as the chip shortage has continued. Source: Avnet

The survey indicates that not only is the chip shortage impacting the supply chain, extending order fulfillment and lead times, but it will also have a ripple effect on product design moving forward.

The shortages are changing the way engineers design with 64% saying the companies are designing more based on the availability of the components rather than what they prefer, according to the survey.

“The shift from designing based on first choice to designing based on first available for a prolonged period is a ripple effect from the overall shortages that could significantly impact the electronics industry,” said Peggy Carrieres, vice president of sales enablement and supplier development at Avnet. “However, it also represents an opportunity for engineers to lean on their partners with added visibility into the supply chain to ensure they are creating flexibility in their designs based on market conditions to avoid compromising quality.”

Engineers are seeking new routes to source parts such as market brokers, which may be flooded with counterfeit parts that could result in compound design and quality issues in the long term.

Avnet discovered that more than three-fourths of the survey respondents said shortages remain a significant challenge and 93% said they have experienced a major impact on lead times of up to six months. And these times are expected to worsen, and prices rise in the next year and half, meaning the delays will only grow further, Avnet said.

When finding electronic components, 78% of respondents face challenges, particularly in the telecommunications market, which is feeling the strain.

Already, 93% of the engineers Avnet polled have faced significant impacts due to the chip shortages, mostly related to lead times. This has led to major delays in production schedules and higher prices mostly in the telecommunications and electronics industries.

Some 75% of engineers have experienced delayed production schedules as long as six months and most engineers (96%) are concerned that these lead times will grow even longer, and prices will get even higher in the next year and half.

The rise in counterfeit parts during the chip shortage remains a concern, particularly given the electronics market search for parts from every avenue, and Avnet’s survey found that 76% of respondents expect counterfeit parts to increase.

However, 80% of those surveyed found that working with distributors reduces the chance of encountering counterfeit parts.

Most of these engineers rely on redesigned boards, pin-to-pin replacements with better specs or drop-in replacements from distributors to lessen the blow of counterfeit electronics.