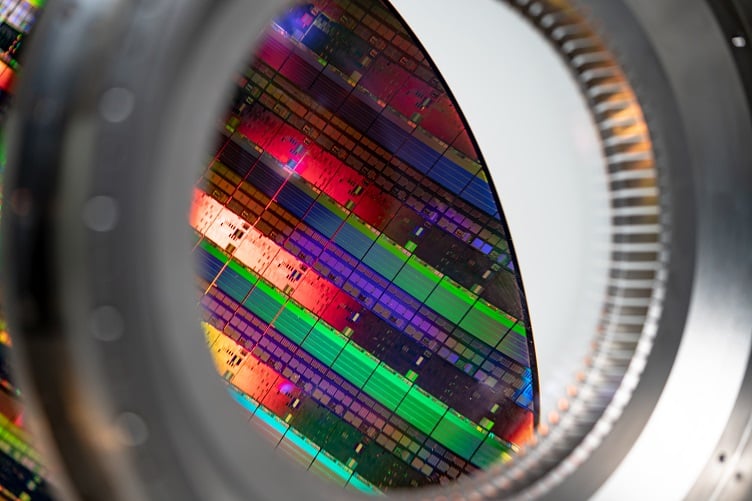 Gases used in semiconductor manufacturing could be harder to come by due to the conflict happening between Russia and Ukraine. Source: ASML Holdings

The Semiconductor Industry Association (SIA) issued a statement regarding the new export control rules announced by the Biden Administration in response to the Russian war on Ukraine.

SIA represents 99% of the U.S. semiconductor industry by revenue and nearly two-thirds of non-U.S. chip firms.

According to John Neuffer, president and CEO of the SIA, the U.S. semiconductor industry is fully committed to complying with the Biden Administration’s export control rules regarding technology shipments to Russia.

“We are still reviewing the new rules to determine their impact on our industry,” Neuffer said. “While the impact of the new rules to Russia could be significant, Russia is not a significant direct consumer of semiconductors, accounting for less than 0.1% of global chip purchases, according to the World Semiconductor Trade Statistics (WSTS) organization.”

Neuffer said the broader information and communications technology (ICT) market totaled only about $25 billion out of the multi-trillion global market, according to 2019 research from International Data Corp (IDC).

“In addition, the semiconductor industry has a diverse set of suppliers of key materials and gases, so we do not believe there are immediate supply disruption risks related to Russia and Ukraine,” he added.

However, semiconductor companies may be bracing for even further supply chain disruptions while already dealing with an ongoing chip shortage that has affected the electronics market since late 2020 due to the outbreak of COVID-19.

According to market research firm TrendForce, about 70% the world’s semiconductor-grade neon gas is supplied by the Ukraine. This chemical is used in lasers for chipmaking. Ukraine also supplies about 40% of the world’s krypton gas used in KrF lasers also used in semiconductor manufacturing. Russia is the source of 35% of the palladium used in the U.S. and is used in sensors and memory semiconductors.

"The chipmakers are not feeling any direct impact, but the companies that supply them with materials for semiconductor fabrication buy gases, including neon and palladium, from Russia and Ukraine," a Japanese chip industry source told Reuters. "The availability of those materials is already tight, so any further pressure on supplies could push up prices. That in turn could knock on to higher chip prices."

Companies may already have been seeking alternatives for these chemicals prior to the Russian war on Ukraine after having fought through the current chip shortage and being underprepared. Further problems in the supply chain would only make their positions more difficult.

ASML Holding said it was examining alternative sources of neon while memory maker SK Hynix said it had already secured a source of chip materials. Intel Corp., GlobalFoundries and pure-play foundry United Microelectronics Corp. said they do not anticipate any impact.

However, even if the market is quick to find new gas suppliers or expand gas production capacity, certification of the chemicals could take several months leading to a shortage in the supply of electronic gas required for semiconductor manufacturing, TrendForce said.