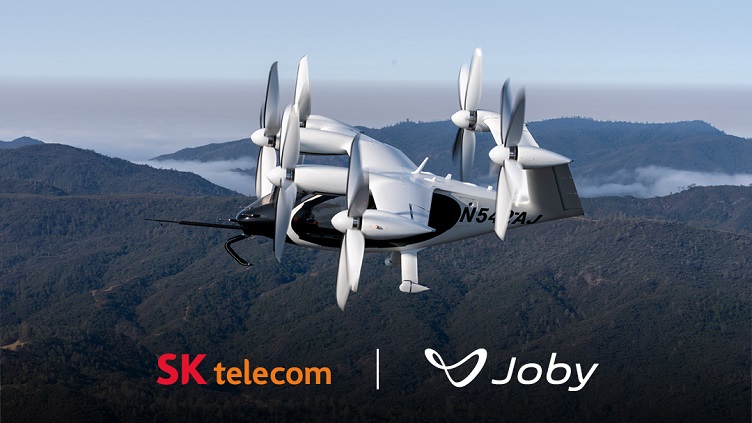 Under the deal, Joby and SK Telecom will work closely to develop aircraft for transportation around South Korean cities. Source: SK Telecom

South Korean communications vendor SK Telecom is collaborating with Joby Aviation to introduce flying air taxis for ridesharing services to cities and communities in the country.

Joby is developing a five-seat electric vertical take-off and landing (eVTOL) aircraft that has a range of 150 miles and a top speed of 200 mph. Because it is electric, the aircraft will have a low noise profile allowing it to access rooftops and other areas where conventional aircraft cannot go.

The goal is to introduce new ways to conveniently provide emissions-free travel to commuters and consumers in busy cities.

Under the deal, the two companies will work closely to develop aircraft for transportation in support of the South Korean Ministry of Land, Infrastructure and Transport’s Korean Urban Air Mobility roadmap, which was first announced in 2020.

For SK Telecom, this continues its move to develop urban air mobility using its technology in telecommunications, autonomous driving, precise positioning and security.

Joby has been developing the technology behind its flying air taxi, completing 1,000 test flights and claims it is the first eVTOL company to sign a G-1 Certification Basis for the aircraft with the Federal Aviation Administration.

“With more than 42 million people living in urban areas, South Korea offers a remarkable opportunity for Joby to make air travel a part of daily life, helping people to save time while reducing their carbon footprint,” said JoeBen Bevirt, founder and CEO of Joby.

The ridesharing service will be operated directly by Joby and offered to passengers via the Joby App or the Uber app in core U.S. markets.