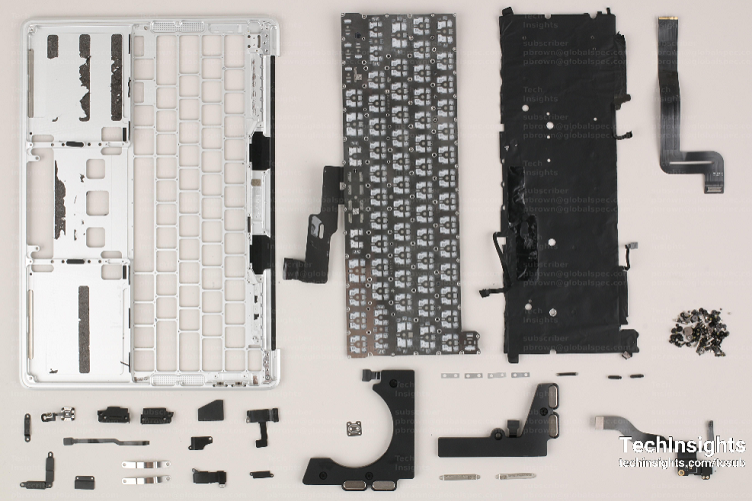 The components of the Apple Macbook Pro 13 laptop as part of the TechInsights teardown. Source: TechInsights

Apple is known for two things: mobile devices and slick laptops that are used by both consumers and professionals.

For professionals, the device has become a staple for editing and music as well as for editing movies and television shows and much more.

The following is a partial teardown into the Apple Macbook Pro 13 conducted by TechInsights. 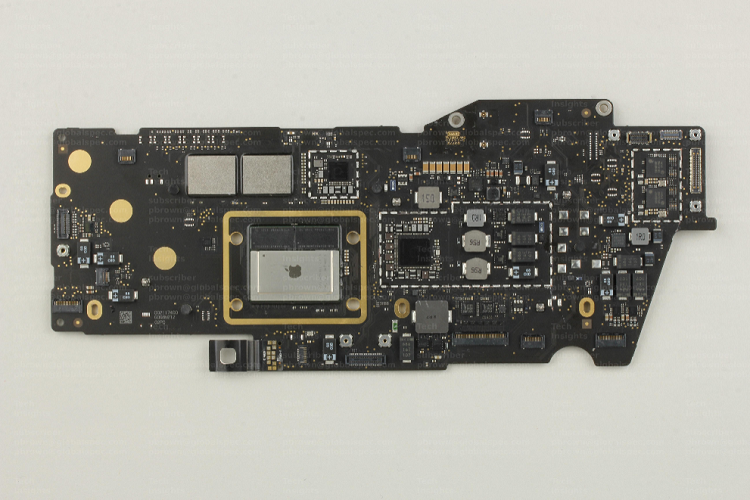 The main board of the Macbook Pro 13 powered by Apple's M1 applications processor. Source: TechInsights

The main board of the Apple Macbook Pro 13 is the heart of the laptop, serving as the brains of the device in the Apple M1 octa-core applications processor. Other components on the board include: 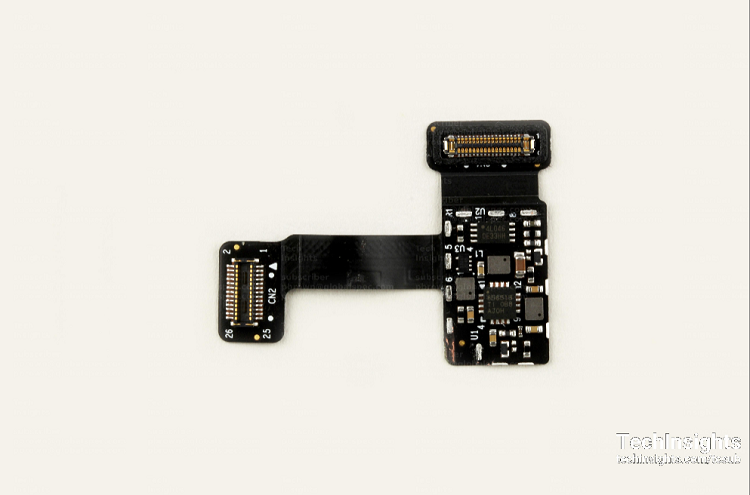 The touchbar board of the Apple Macbook Pro 13 is the control system for the laptop's touchscreen. Source: TechInsights

The touchbar board controls the touchscreen display on the Apple Macbook Pro 13. The laptop has a traditional notebook keyboard and mouse, however, the touchscreen allows for additional controls for the laptop to consumers. The components include:

(Learn more about touchscreens on Globalspec.com) 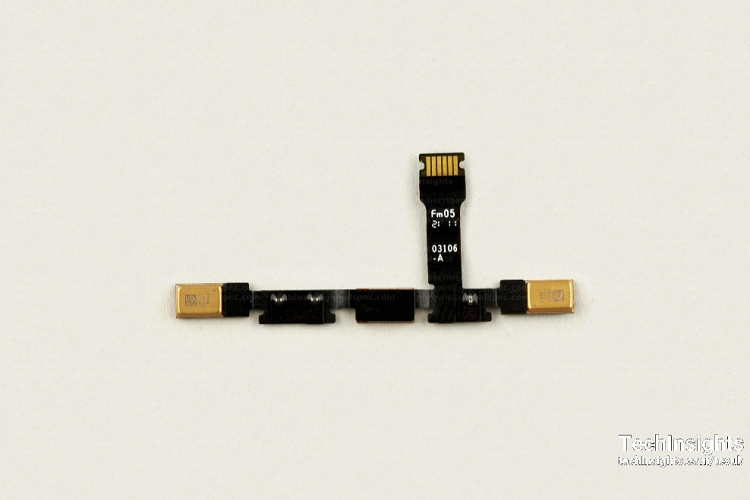 The microphone flex board contains MEMS devices to control the microphones inside the Apple Macbook Pro 13. Source: TechInsights

The microphone flex board contains the components necessary for communication with other people through the onboard camera. The components on this board include three MEMS microphones.

(Learn more about microphones on Globalspec.com)