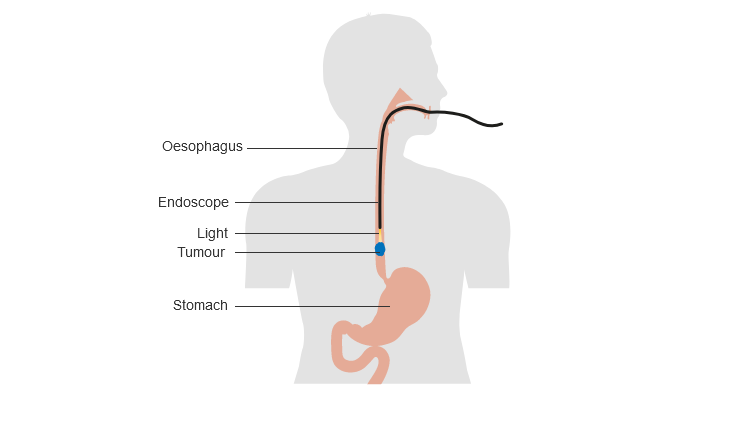 It is estimated that almost 60% of all cancer patients don’t respond well to chemotherapy. For some, it is a case of the cure being worse than the disease. While it is worthwhile to suffer through cancer chemotherapy when it will help the patient to live longer, unfortunately some receive minimal benefit from the treatment, and are left facing additional rounds or different treatments altogether. It is hard to predict how effective chemotherapy will be for any patient.

New studies have shown that it is possible to detect if a patient is going to respond to certain type of chemotherapy by testing the tumor or tissue directly. For instance, it was found that lung cancer patients with a type of cancer that lacked a certain DNA-repairing protein were very sensitive to chemotherapy. Patients that lacked the protein in their cancer did well after chemo, whereas those that did have the protein showed no benefit from chemotherapy whatsoever.

A Purdue University scientist is working on using LED light to help to assess each patient to determine if chemotherapy will be effective for an individual patient. This could be an invaluable tool for a couple of reasons. It can expedite the process of treating the cancer and thereby increase recovery chances and also spare the patient from any unnecessary side effects that they might experience.

The technique being advanced is similar to Doppler radar, which is used to predict weather. The LED light is shone on a biopsy, chemotherapeutic agents are then applied to the biopsy and the light that scatters off of the tissue is analyzed. The dynamics of the light that scatters off of the tissues give the doctors and scientists very detailed information about how likely a chemotherapy drug is to be for a patient. It will provide results to the doctors within just 24 hours. The first trial of this technique was with human patients that had ovarian cancer, and their biodynamic imaging was closely examined.

Signs of apoptosis, essentially controlled death of cells, are sought. Apoptosis is the signal that identifies how successful the chemotherapy will be for the patient’s tumors and tissues. For a lot of cancers, there are several treatment options that are available, and without this technology, it is almost as if doctors are trying to find the correct solutions by trial and error. With this technology, however, it will make the process much more streamlined and less stressful for the patients.

(Learn more about LEDs on GlobalSpec.)

How this works is that when a cell has absorbed the photosensitizers, they are then exposed to light with a particular wavelength. The photosensitizer emits a type of oxygen as a result of this, known as oxygen radical, which kills the cells. It can also treat the cancer by either affecting the blood vessels within the tumor, which stops it from getting the blood it needs to grow, or by triggering the patient’s immune system to start attacking tumor cells in the local area or in the other areas of the body.

How PDT is given

PDT is a two-step method. The patient first receives a photosensitizer. This is taken orally, through an IV or spread over the skin, depending on the location of the tumor. After 24 to 72 hours, the majority of the photosensitizer will have left regular cells, but will remain in the precancerous or cancer cells. The tumor will then be subjected to the LEDs.

For skin tumors, the LEDs are exposed right on the cancer, as the cancerous cells are usually visible. For lung, throat or tumors in the airways an endoscope will be inserted, and then a fiber-optic cable shines the LED light on the affected area by feeding it through the endoscope.

Another more specific type of PDT is a therapy known as extracorporeal photopheresis (ECP). This is used to treat cutaneous T-cell lymphoma, and the white blood cells that cause it. A machine is used to collect the affected blood cells, which are treated with a photosensitizer, exposed to LEDs and then injected back into the patient via a needle.

LEDs are providing various ways to treat patients with all types of cancer, whether it be analyzing the cancer to identify what treatment will work best or treating the tumor or tissue directly. There are new methods of PDT and other light therapies being developed constantly, with some methods treating cancerous cells but also initiating a response from the immune system to aid the body in fighting the disease everywhere in the body.

These new methods show great promise as non-invasive killers of cancer and show even more promise as time goes by.

What do you think of these new LED light techniques for treating cancer? Will they become the prominent treatment methods for cancer moving forward?