Underground mining gets a boost with lidar 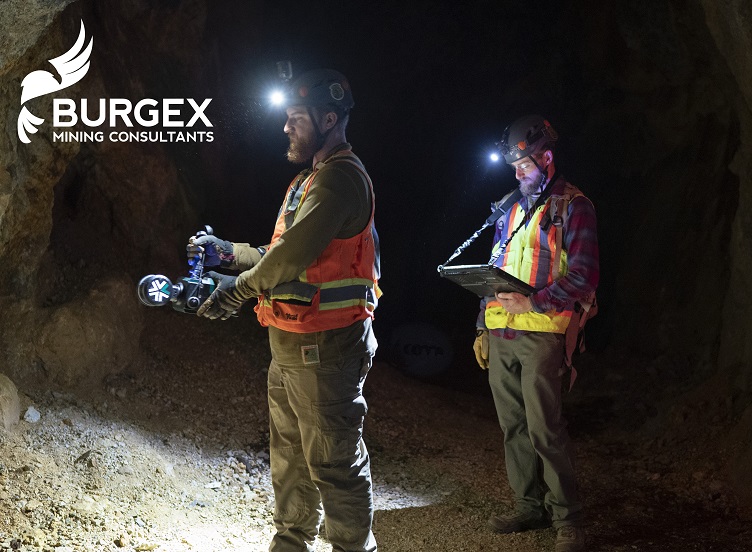 Underground mapping, a process that is difficult to map using modern methods, can be performed more efficiently using a drone with integrated lidar. Source: Burgex

Real-time 3D mapping with survey-grade accuracy has gotten a boost by using lidar sensors to improve the accuracy of handheld mapping equipment for mining and exploration applications.

Burgex Inc. Mining Consultants has integrated a gimballed Velodyne lidar sensor to its ExynPak mining equipment that helps simultaneous localization and mapping (SLAM) of underground and surface mining environments, a process that has been traditionally difficult to map using modern methods.

Mapping underground provides an advantage to mine planning and mineral exploration projects and lidar provides 600,000 points per second and a 360° horizontal field of view. This allows workers to identify slopes, faults and other geological features in real-time.

Additionally, it allows for less than 3 cm accuracy point clouds in real time and two FLIR Chameleon3 RGB cameras that are capable of colorizing points.

Combined with aerial mapping, Burgex can pin underground and surface lidar surveys to geo-referenced base surveys and maps, creating a modeled project that can be used for mine planning, exploration programs and more.

The mapping includes a DJI Matrice 300 RTK drone that with the lidar sensor collects data and can simultaneously carry up to three payload sensors. The M300 drone ranges up to 9.3 miles with a 55 minute maximum flight time.

Lidar continues to be used for tasks where measuring data or generating 3D models of the environment are needed. While once used for satellites and space monitoring, lidar is now cheaper and more portable for use in other applications.

Now, lidar is cropping up in everything from surveying work equipped onto drones to traffic monitoring, industrial robots, people counting, artificial energy projects and lawnmowers. There is also a cottage industry of applications being built for lidar for use in the indoor 3D mapping of buildings and urban planning for smart cities.

While many of these technologies are still some years off, projects are already emerging to test how this technology can be used for future and current applications.