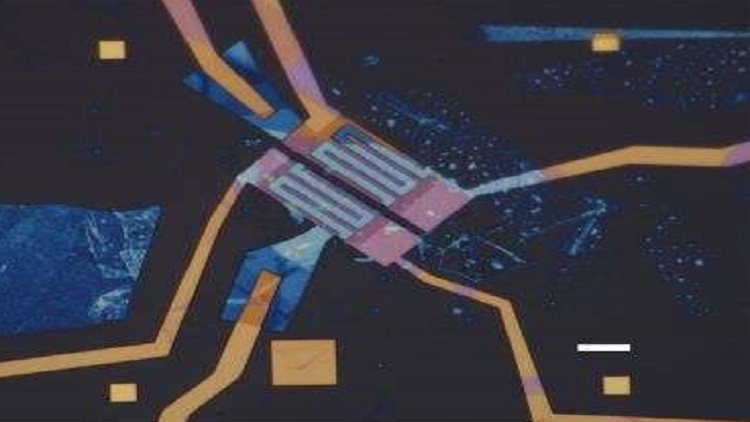 Spectrometers measure the spectral information of light, but are not suited to many applications because they are bulky and expensive. Compact, on-chip spectrometers have been of interest for their potential in a range of applications from detecting greenhouse gases to improving the safety of autonomous vehicles.

An international team of researchers has developed an ultra compact mid-infrared spectrometer that is smaller than the diameter of a human hair. The device incorporates black phosphorus for a spectrometer that is operational at a 2 μm to 9 μm wavelength range, based on a single tunable photodetector. At about 10 nm thick, the material allows users to tune the light-matter interaction in order to capture different spectral components. The innate complexity in spectroscopy is partly shifted from hardware to software with the use of an advanced algorithm.

Dimensions of the single-detector spectrometer — 9 x 16 μm2 — are similar to the wavelength of the light it measures. This is as small as the device can be since, due to diffraction, light cannot be focused onto a spot that is much smaller than its wavelength.

An advantage of this spectrometer is that the light does not need to be split into different parts spatially, In addition, the system does not rely on advanced optical components, which opens up the possibility for extreme miniaturization and the potential for on-chip, affordable mid-infrared spectroscopy and spectral imaging.

Potential applications include detection of pedestrians, vehicles and other hazards by automobiles, drones and satellites, and remote sensing.

The research conducted by scientists from Yale University, Bar-Ilan University (Israel) and National Institute for Materials Science (Japan) is published in Nature Photonics.