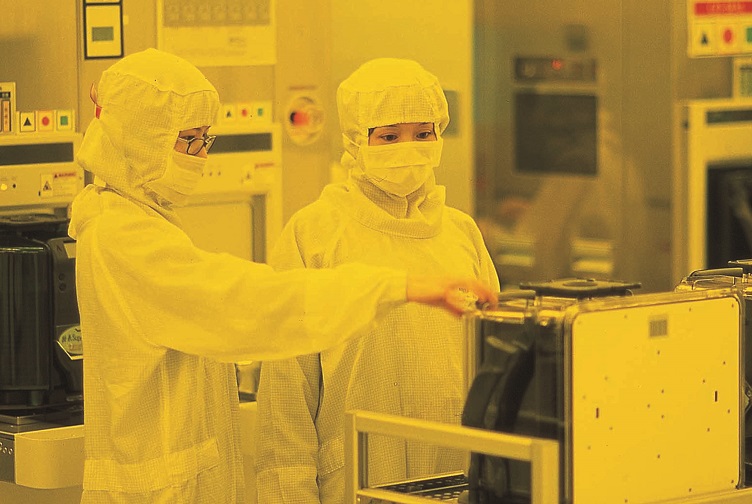 Korea and Taiwan have set plans to increase semiconductor manufacturing due to the rise in spending expected in the U.S. and Europe. Source: TSMC

As the U.S. focuses on re-growing its domestic semiconductor manufacturing, Taiwan and Korea are making moves to ensure they remain in a dominant position.

Taiwan, which houses the leading semiconductor manufacturing firms Taiwan Semiconductor Manufacturing Co. (TSMC) and United Microelectronics Corp. (UMC), plans to make significant investments to maintain a competitive edge for future capacity. The news comes from Taiwan’s Board of Science and Technology (BOST) that pointed to recent moves in the U.S. to invest some $50 billion on semiconductor manufacturing in the coming years and the European Union’s goal to produce 20% of all global chips by 2030.

Earlier, the Korean chip industry lobbied the government to provide a 50% tax deduction for investment regarding research and development as well as manufacturing facilities. The government will also encourage chip specialists to earn masters and doctoral degrees.

Under the BOST’s plan, Taiwan would also encourage university enrollment quotas by 10% for undergraduates and 15% for graduate students in areas such as semiconductors, mechanical engineering and materials science and engineering.

The long-term growth of semiconductors is expected to increase by 5% in the next decade because of increasing chip content in everything from automobiles, appliances, smart devices, industrial automation and more. This will lead to a projected boom in fab construction during this period and already there are fabs under construction in Arizona from Intel and TSMC and Samsung is entertaining the idea of building a new fab in Texas.

Additionally, TSMC already plans to invest some $100 billion over the next three year to increase its manufacturing capacity and fabs and Globalfoundries said it will invest $1.4 billion in fab expansion to three of its facilities globally.

The other more pressing issue is the ongoing chip shortage impacting the global supply chain. The COVID-19 pandemic caused major issues with the semiconductor supply chain as companies were forced to cut back on the capacity given the uncertainty in the world due to lockdowns and social distancing mandates. This impacted the automotive sector the hardest with most automotive OEMs planning for a reduction in earnings in the multiple billions of dollars as they cannot produce enough cars. While experts said the chip shortage is likely to last the rest of 2021, TSMC warned that tight supplies are expected to continue well into 2022.

The Biden administration in the U.S. has taken the semiconductor shortage and the need to bolster American semiconductor manufacturing head on, signing an executive order to investigate the cause behind the shortage as well as recommend possible solutions. Congress is also working on passing the CHIPS Act, which would provide incentives for growing chipmaking as well as R&D into new technologies.