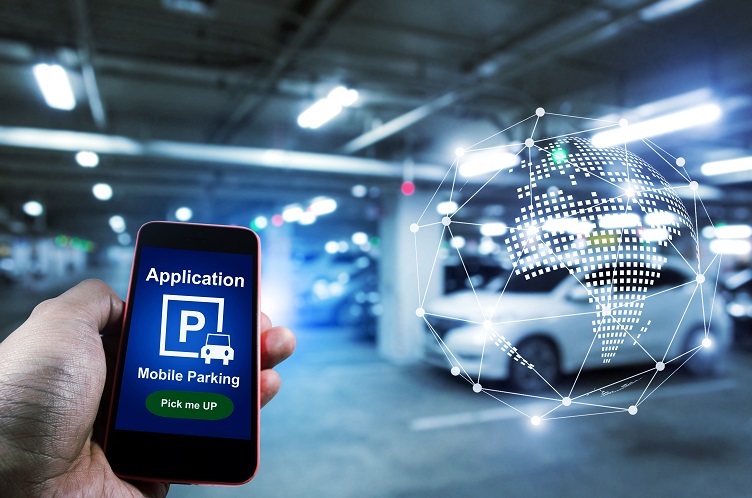 Users will be incentivized to take public transportation and not use the parking garage earning cryptocurrency for not using vehicles as part of a pilot project. Source: AdobeStock

Smart parking has become an increasingly important part of enabling smart infrastructure for the greater whole of smart cities. Smart parking helps to fit more vehicles into appropriate spaces without the intervention of human drivers. Optimizing parking spaces will allow for better organization of traffic flow and help to prevent traffic jams.

The Fetch.ai and Datarella trial will use public transportation through a tokenized incentive system while reducing congestion that contributes to CO2 emissions.

“Parking is one part of a bigger mobility picture, but in our view a cornerstone one,” Humayun Sheikh, CEO of Fetch.ai told Electronics360. “Up to one-fourth of cars on the road in cities are looking for a parking space, so it has a huge impact on transportation infrastructure.”

Sheikh said that multi-agent systems running on a decentralized network help to coordinate complex tasks between multiple vehicles that have not been previously possible. The goal is to take people who are driving everyday and nudge them toward less intensive usage of the car park.

“We hope to be able to significantly reduce the amount of CO2 being released and ultimately provide the city of Munich with a sustainable option for an otherwise congested city center,” Sheikh said.

The AI-powered blockchain technology allows businesses to deploy autonomous economic agents (AEA), intelligent programs that are built with pre-defined goals and skills — from simple conditional logic to advanced deep and reinforcement learning models. The system is integrated into building infrastructure where cameras with machine vision log the vehicles as they enter a parking structure as well as the vehicles’ position. A smartphone app is then used to receive incentives.

M-Zone will solve the needs of the smart city by:

The reward system will help to incentivize drivers to reduce the number of car trips to the Connex Buildings and corporate offices as measured by the utilization of parking spaces. Each registered user that uses the car park will be awarded with a certain number of tokens per minute for not parking in the parking lot. As soon as a car or its wallet address is registered as parked by the Carpark app, the token airdrops to the wallet. The number of tokens rewarded per wallet and minute depends on the current utilization of the parking lot.

“Individuals are incentivized to use public transport by being rewarded with digital coins in their wallets,” Sheikh said. “We will be using FET tokens to incentivize the behaviors associated with the M-Zone trial, but longer-term any token could be used for the incentive.”

The pilot smart parking project will launch in Munich’s Connex Buildings and aims to scale up in 2021 both in Munich and in other locations. The next steps are to run a larger project for the IAA Mobility 2021 trade show, taking place in September of next year, which will run city-wide.

Sheikh said the M-Zone trial is part of the first program Fetch.ai plans to conduct in the coming months in several industry verticals including the hospitality and mobility sectors.

The Fetch.ai and Datarella smart parking initiative is one of several pilot projects that have been announced worldwide to test automated driving capabilities inside parking structures.

Human Horizons is working on a valet service in Shanghai, China, using lidar, radar and communication devices in parking areas to identify and track vehicles and obstacles inside a parking structure. A different valet system project is taking place in the automotive core of Detroit. In this project, Ford, Bosch and parking vendor Bedrock said the automated valet could save the same amount of space to yield about 20% more vehicles inside a parking structure. Cornell University has created smart parking software to match drivers with parking garage spots in order to help reduce congestion and emissions while saving drivers the time spent finding spots.