As companies and facilities reopen following COVID-19-related closures, a number of efforts are emerging to ease the transition from lockdown to a full-on return to the workplace with technology designed to ensure that social distancing, handwashing and other efforts are underway to prevent the spread of the virus.

Following is just a sampling of the devices and technologies in use to ease the transition back to the workplace post COVID-19 closures. So far, efforts include the following. 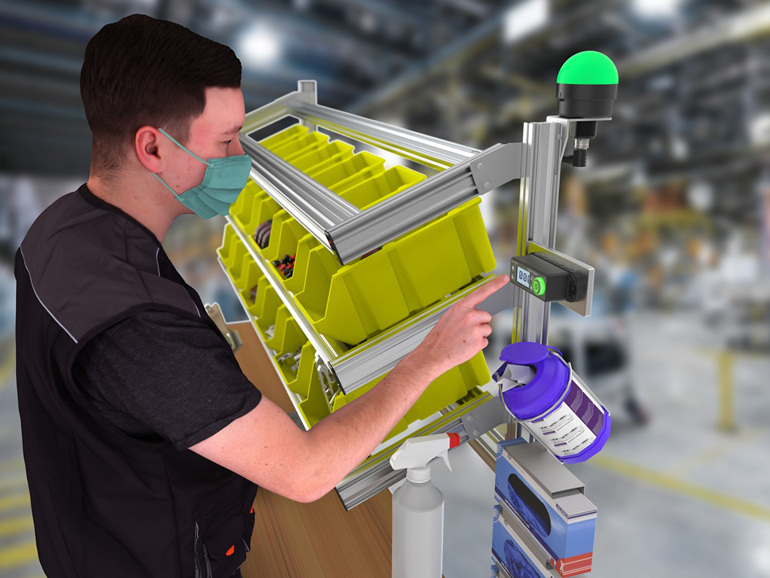 Industrial automation company Banner Engineering is introducing a series of wireless-based technologies to ensure the safety of personnel in both office and manufacturing spaces.

The technology, dubbed Safe Work Solutions features the Occupancy Monitoring System, which ensures that social distancing guidelines are maintained via optical sensors that count the number of people occupying a space. If a predetermined number of people within a space is exceeded, an alert is issued and entry into that space is paused.

Additionally, the system also features the Clean Workstation Solution, which issues an alert to personnel when a shared workspace or high traffic common areas need disinfecting via two-way communication sensors.

Tech giant Apple just announced a new feature included on the company’s watchOS 7 that detects the thoroughness with which the wearer washes his or her hands based on the time spent doing so. Generally, the Centers for Disease Control (CDC) recommend at least 20 seconds of thorough handwashing to effectively guard against germs.

Reportedly, the Apple Watch relies on motion sensors, a microphone and built-in machine learning technology to detect the motions and sounds associated with handwashing. As the wearer begins to wash, a 20 second countdown timer is activated. If the wearer completes handwashing before the 20 second cycle concludes, the watch will prompt the wearer to continue washing.

A collective of veteran manufacturers has developed a wearable device that enforces social distancing requirements in the manufacturing workspace in response to the coronavirus pandemic.

Two U.K. tech companies have jointly developed a device that keeps those working in the transportation industry a safe distance from one another as they continue to build, repair and maintain critical transportation infrastructure such as roadways.

The device, dubbed SafeSpace, ensures that those constructing, repairing and maintaining roadways against a backdrop of distractions including traffic and loud equipment, can maintain appropriate distances from those working around them.

The SafeSpace, which comes in both a badge and watch version, issues real-time audible, visual and vibrating alerts if it detects another SafeSpace device within 6.5 ft of the device — which is slightly more than the recommended social distancing guideline of 6 ft.

Social distancing features have been added to inVia Robotic’s inVia Logic and inVia Pickmate software toolkits. The features prevent warehouse workers from violating 6 ft social distancing boundaries within a warehouse or manufacturing space, issuing alerts to both workers and employers whenever social distancing guidelines are in danger of being breached.

The inVia Logic software already offers users 3D simulations of the warehouse and the location of those working within it. With the modifications, a signal is triggered whenever a worker violates the 6 ft safety zone.

NASA’s Jet Propulsion Lab has also devised a tool to help ease the post COVID-19 transition back to the workplace. Because the face acts as a vehicle of sorts, offering entryways for viruses like COVID-19, the global population has been instructed to keep their hands away from their faces. To further that point, NASA has developed an electronic wearable device to serve as a reminder to folks who forget and end up touching their faces and possibly transmitting the virus.

The device, called the Pulse, issues a reminder to the wearer in the form of vibrations detected by a proximity sensor. Once the device detects that the wearer is moving his or her hands in the direction of his or her face, the wearable pulses, as the name suggests.

Check back with Electronics360 for continuing coverage of the technologies to emerge from the COVID-19 pandemic.