Researchers from Rice University managed to get billions of nanotubes to lay side by side willingly — an achievement that was previously impossible due to nanotubes’ tangle-prone nature. 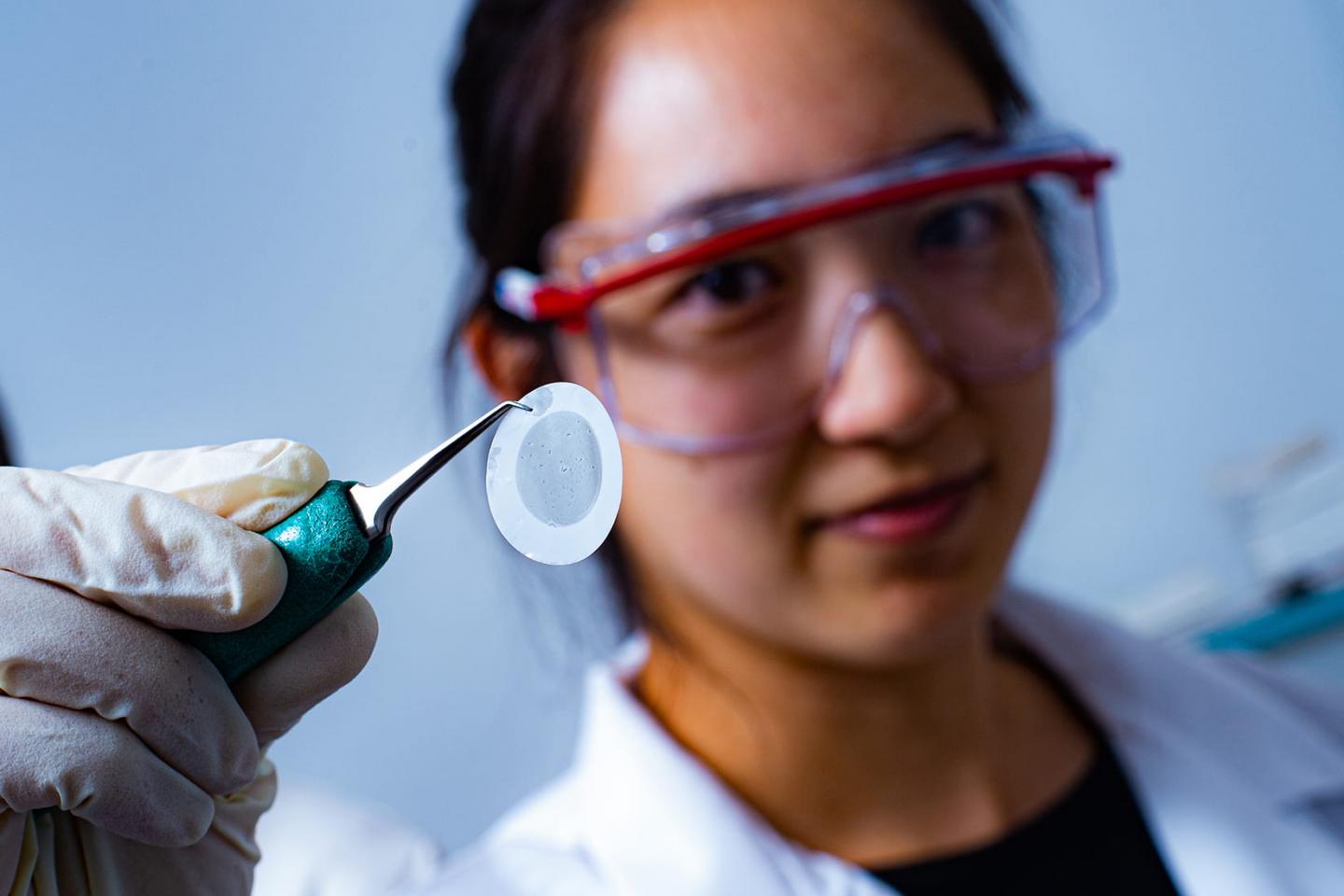 Rice University graduate student Natsumi Komatsu was the first to notice that the alignment of 2D carbon nanotube films corresponds to grooves in the filter paper beneath the films. Source: Jeff Fitlow/Rice University

The nanotubes’ organization is due to tiny parallel grooves in commercially purchased filter membrane paper, which are just the right size for a nanotube to lay in.

Ultrathin carbon nanotube crystals could be useful for many applications, but not if the nanotubes are disorganized. To create the 2D crystalline films, the team suspended a mix of nanotubes in a water-surfactant solution that coated the nanotubes, acting as a detangler. Vacuum filtration was then used to draw mixtures through the membrane filter paper. Once the liquid passed through the paper membrane, all that remained was a film of aligned nanotubes at the top.

The team examined dozens of samples of filter paper using electron microscopes and atomic force microscopes to characterize the patterns of the grooves. They used groove-free paper to demonstrate that very fine reflective grating could be used to create their own groove patterns. The team then applied heat and pressure to remove the grooves from the filter paper to see how the nanotubes would behave on groove-free paper. On the groove-free paper, nanotubes aligned in several directions, whereas on the corresponding paper, the nanotube films followed the given patterns.

This method brings a level of necessary predictability to the production of 2D crystalline nanotube films. While the films are 2D, the individual nanotubes behave like 1D materials in terms of optical and electronic properties.

The optical and electronic properties of carbon nanotubes depend on the diameter and structure, or chirality. Researchers have struggled for decades to find a way to make large, macroscopic objects composed of nanotubes with uniform diameter and chirality.

The team wants to apply this method of intentional groove making using grating, as this method produced highly aligned 2D crystals from solutions with a diverse mix of nanotubes. The team is also confident that they can improve the degree of alignment in cases of single-chirality carbon nanotube films.

A paper on the technology was published in Nano Letters.