Since the debut of the first quantum machine in August 2009, researchers have endeavored to harness quantum technology’s game-changing potential. Two breakthroughs achieved by University of Chicago physicists and molecular engineers have expanded knowledge of quantum communication and provided new 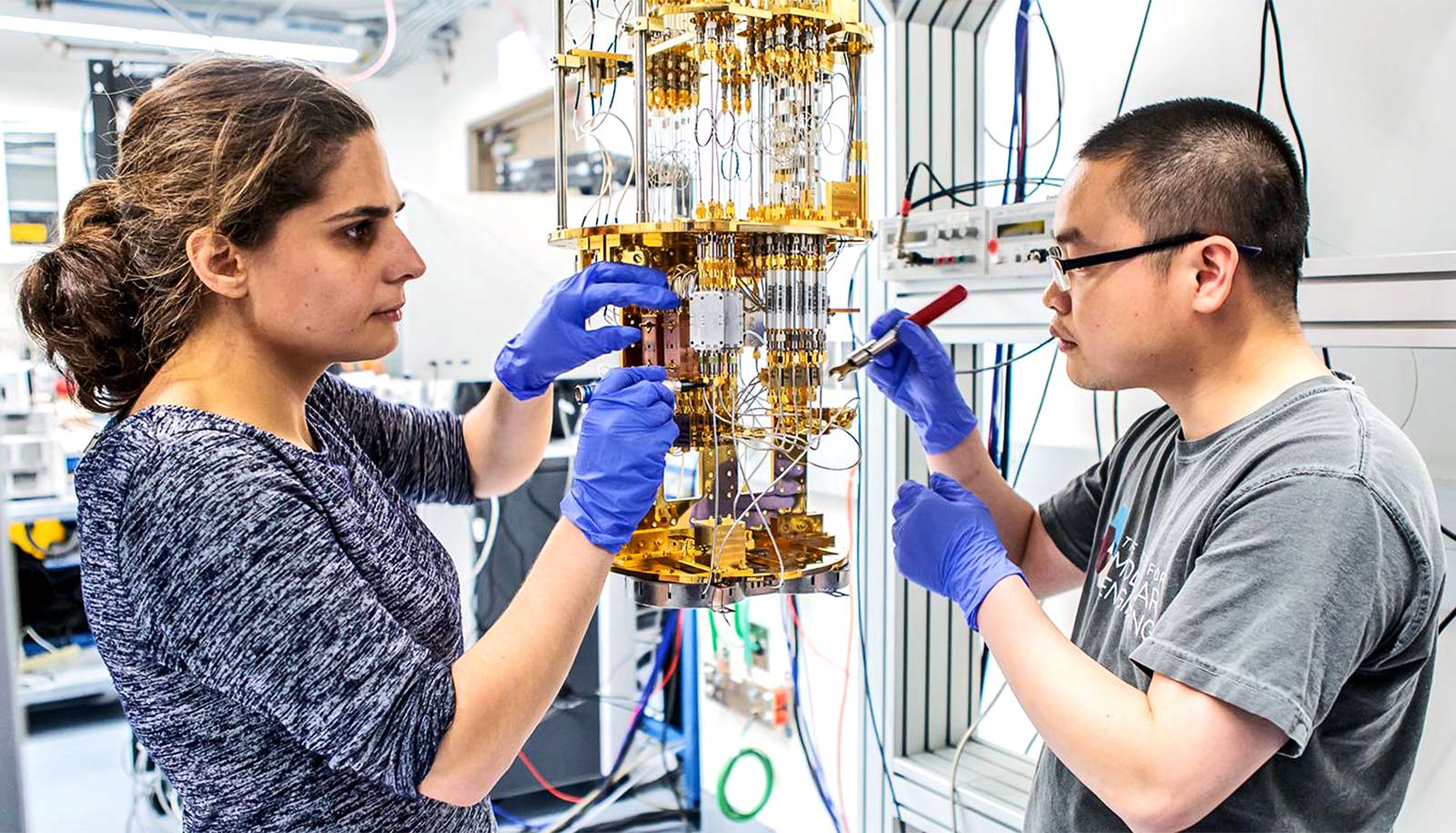 Read an introduction to quantum computing.

A long way for a qubit to travel

Research has to solve a distance problem before quantum technology can deliver on its theoretical ability to transmit massive quantities of information. In existing quantum computers, qubits travel very short distances along cables or fibers, which limits the ability of quantum particles to entangle — to link themselves without a physical connection. Two entangled qubits can transmit information instantaneously; expanding the distance between them would increase transmission speed.

Members of Andrew Cleland’s lab at Chicago’s Institute for Molecular Engineering transmitted quantum information nearly a meter (39.4 in) with excellent fidelity using superconducting qubits. Researchers built a device that allowed them to modulate information transmission by shaping pulses in an arc, which in turn achieved the necessary transmission rate. They achieved qubit coupling that was strong enough to demonstrate “quantum ping-pong”: sending and catching individual photons. These research results represent the first deterministic violation of a Bell inequality, which is a standard measurement of quantum entanglement.

The Cleland lab’s second recent achievement is the demonstration that phonons — a description of elementary vibration that is wave-like in classical mechanics but that have wave-particle duality in quantum mechanics — can, like photons, cause quantum entanglement of two superconducting qubits. Researchers figured out how to translate qubit microwave language into phonons and then re-translate at the receiving end of the transmission.

Postdoctoral researcher Audrey Bienfait engineered a chip with separate layers for transmitting both microwaves and acoustic waves. She pointed out that this research “opens up interesting new possibilities for quantum sensors.”