In 2014, Google Quantum AI Lab announced that it had hired John Martinis, one of the world’s foremost experts on quantum computing. Martinis, a physics professor at the University of California Santa Barbara, was allowed to keep his affiliation with the university as he led a group of researchers attempting to develop quantum computing hardware for Google. By the end of this year, Martinis’ group is expected to demonstrate what is known as quantum supremacy: using qubits to solve a problem that would be beyond the reach of the world’s fastest supercomputers. How did we get this far, this fast? The answer is related to how quantum computers work. 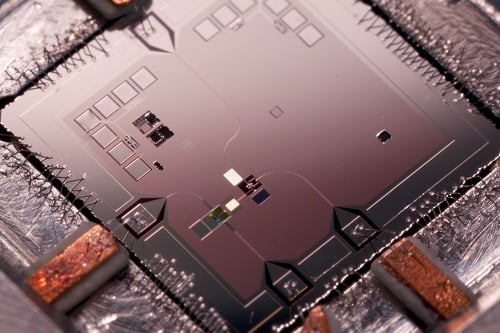 By contrast, a quantum computer uses quantum binary digits, or qubits, to represent information. Qubits exploit quantum entanglement to create an intrinsic parallelism. A qubit is in a superposition of states when it is not being measured and due to this entanglement, N qubits are the equivalent of 2N bits of information. This means that a relatively small number of qubits can exceed the information processing capacity of very large supercomputers. The catch is that the answer has to be simple. When an entangled state is measured, it loses its parallelism and collapses into a state with the information equivalence of classical bits. Thus in calculations qubits can far exceed the information processing of a traditional computer, but the information that can be output as a result is the same.

So although Google achieving quantum computing supremacy sounds impressive and perhaps slightly sinister, in reality, it equates to a 49 qubit computer, which is a small step on the way to the full-sized quantum computers of the future. Still, it’s a significant step. Qubits are notoriously fragile and getting 49 of them entangled and performing operations in such a way that produces meaningful results is an incredible achievement. Just as in 1946, when the Electronic Numerical Integrator and Computer (ENIAC) calculating 2,400 times faster than humans was seen as an important step in the development of traditional computing.

In 20 years perhaps our devices will utilize quantum computing in the cloud for certain applications. Certainly, the field of materials science will benefit from the development of even small quantum computers. There are many financial reasons to justify Google’s interest in quantum computing. Google isn’t the only game in town either. IBM, Microsoft and others are all investing heavily in the technology in a race for the future of computing. By the end of this year, quantum computing supremacy will have been achieved and the quantum computers will likely begin their long march towards the mainstream.