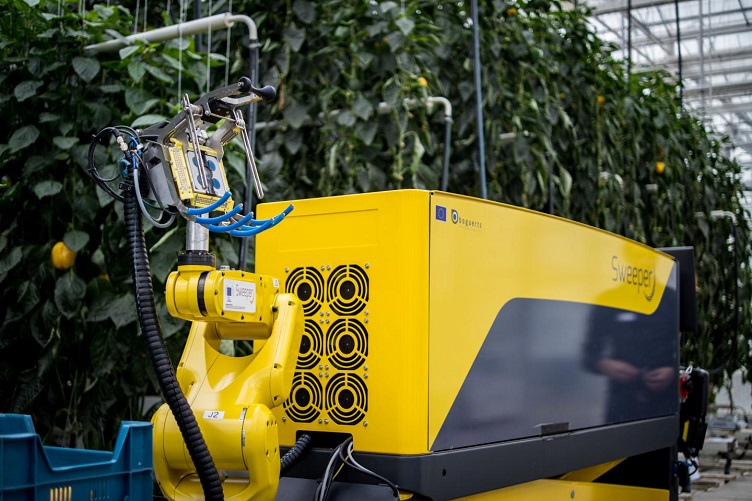 A new robot, code-named Sweeper, has been developed by Ben-Gurion University of the Negev (BGU) to take the pressure off farmers by picking crops in a single stem row with non-clustered fruits and little leaf occlusion.

Sweeper was tested by researchers using crops modified to mimic the required conditions for the robot and found the robot can harvest ripe fruit in 24 seconds with a success rate of 62%.

BGU worked on the computer vision of the robot to improve its ability to detect ripe produce and helped to develop the robot’s hardware and software interfaces.

Researchers said the harvesting robot could change the economics of the agriculture industry and reduce food waste.

"The Sweeper picks methodically and accurately," said Polina Kurtser, a Ph.D. candidate in the BGU Department of Industrial Engineering and Management. "When it is fully developed, it will enable harvesting 24/7, drastically reduce spoilage, cut labor costs and shield farmers from market fluctuations."

BGU said more research is needed to increase the work speed of the robot to achieve a higher harvest success rate. The robot could be available for harvesting commercially in the next four to five years. While Sweeper currently is designed to pick only sweet peppers, the technology could be adapted for harvesting other crops.

The robot could have a dramatic impact on the European and North American pepper market, as North America is the second largest producer of sweet and chili peppers in the world with 31% market share, while Europe accounted for more than half of the pepper supply with exports valued at $2.7 billion.