Magnetic speed sensors are a durable, efficient, reliable method of measuring the speed of a rotating object. They are used in a wide range of applications, are environmentally friendly and cost-effective. For many applications, deciding between a variable reluctance (VR) or Hall-effect type of magnetic speed sensor is the first and most critical decision to make. Each type has its advantages and disadvantages and is appropriate for particular applications. It is important to understand the respective technologies as well as the relative strengths and weaknesses of both in order to make an informed decision on which type of magnetic speed sensor is needed.

Hall-effect speed sensors work by exploiting the fact that, when in the presence of a magnetic field, the electrons in a current are deflected in a direction perpendicular to both the current and the magnetic field. This deflection, the Hall-effect, creates a voltage across the width of the conductor that can be measured to indicate the magnetic flux’s strength. Hall-effect speed sensors thus have a Hall-effect sensor positioned between a magnet and a ferrous target gear wheel. As the gear wheel turns the magnetic flux increases, creating an increasing Hall voltage. When the Hall voltage hits a particular threshold a signal is produced. It is important to note that unlike the VR speed sensor, the magnetic flux does not need to be varying in order to produce a signal. In addition, the generated signal is digital, so external signal conditioners are not required.

Both types of sensors described above have advantages and disadvantages and are best suited for particular applications. The VR speed sensor, due to its simple design and external signal conditioning circuitry, tends to be less expensive and more durable. This type of sensor is better suited for high temperatures and harsh conditions because its simpler design allows it to accommodate the material restrictions such conditions require. In some cases, VR speed sensors can operate in temperatures as high as 300° C. VR sensors are better suited for high-speed applications since the signal it produces is proportional to the change in the magnetic flux. At slow speeds, this signal becomes noisy and difficult to condition. Particularly because the signal processing is being done at a distance from the sensor.

An application that involves high EMI interference and low speeds, perhaps in the healthcare industry, would be well suited for a Hall-effect speed sensor. By contrast, the high speeds and extreme temperatures of a jet turbine are better suited for a VR speed sensor. Some applications are less clear, and it may be a good idea to talk over the intended application and operating conditions with a supplier so that they can assist. 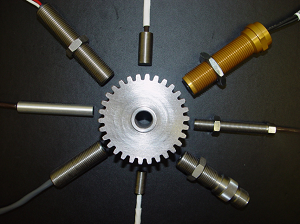 Figure 1. Magnetic speed sensors detect changes in magnetic flux due to the proximity of ferrous teeth on a rotating gear to a magnet in the sensor. Source: Sensoronix Inc.

Magnetic speed sensors are an effective way of measuring rotational speed, particularly in harsh environments. Whether to choose a VR speed sensor or a Hall-effect sensor depends on the operating conditions and applications. Both types of magnetic speed sensors have their strengths and weaknesses that should be considered carefully when deciding on the technology for a particular application. In the cases where the distinction is less clear, consulting a qualified manufacturer is advised to guarantee that the most reliable yet cost-effective sensor is used.

Sensoronix, Inc., (ISO9001-AS9100) is a leading manufacturer of non-contact magnetic sensors with its headquarters in Irvine, Calif., offering a wide range of standard and customized magnetic sensor solutions providing for precise measurement of speed, direction, position and proximity. Sensoronix offers engineering and manufacturing services from prototype to production for low and high volume requirements. Sensoronix has provided high-quality sensors for a variety of applications in various industries ranging from aerospace and military to automotive, healthcare and industrial.

- Wide range of standard and customized solutions for military and aerospace

- Emphasis on R&D for new and innovative designs