At European Microwave Week: Presto Engineering Extends its Test Capabilities to 100 GHz and Beyond

Presto Engineering will be at European Microwave Week (Sept. 23-28) in Madrid at booth B245 where it will be announcing that it can now provide high-volume testing of semiconductor devices up to 100 GHz and beyond. Applications that use gigahertz frequencies, such as millimeter wavelengths (MMW), are increasing rapidly, and thus driving the need for high-volume device testing. For example, internet-over- 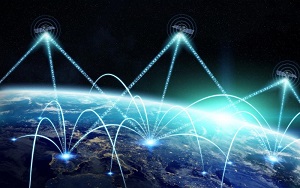 Source: Presto Engineeringsatellite connections, car ADAS systems and other high-speed data transfer solutions with a projected volume of more than a billion units by 2020.

"Commercial test equipment does not test much about 50 GHz," explained Cédric Mayor, Presto's COO. "The current method used by most customers is in-house bench testing by hand which is slow and expensive. This is because testing equipment above 50 GHz becomes increasingly expensive as the frequency increases as it is non-standard. To solve this problem, we have created custom interfaces that step the test frequencies down into the range that commercial testers operate in. This enables us to provide a cost-effective testing service for ultra-high frequency or MMW devices and builds on our existing services for high frequency device testing."

Another challenge of MMW devices is that the substrate used is often much more brittle than the usual CMOS, such as gallium arsenide or gallium nitride. As a result, the wafers are much more susceptible to breakage in transit and handling. To reduce the possibility of breakage, they are usually cut into quadrants once manufactured. A broken quadrant means fewer damaged parts compared to a whole broken wafer. However, the standard handling and test equipment is designed for circular wafers, so Presto has developed quadrant-handling adapters for its test equipment. On top of this, it is also key to be able to maintain a good correlation during the test and during the self-heating of the pulsed test methods, where continuous wave measurement is normally used. In this case, all the fixturing has to be able to control temperature and heat dissipation as well as include RF systematic error compensation for the measurements and maintain the correct reproducibility during production.

For convenience, the markets can be considered in three segments: communications, automotive and cellular/consumer, as shown in the table, which includes estimates of the potential served available market (SAM) and unit volumes. The first two of these are in now. Communications, driven by expansion in small cell backhaul and cloud computing, has annual unit volumes for 2020 projected to be in the millions; and automotive, driven by assisted driving (with autonomous driving on the horizon), with projected volumes in the tens of millions. The third vertical segment, cellular/consumer, driven by WiGig and 5G mobile, is in development now with 2020 annual unit volumes projected to exceed one billion.