Researchers from the University of Washington, Monterey Bay Aquarium Research Institute, Princeton University and other ocean research institutions used floating drones to study how carbon dioxide is being released by the Antarctic sea. The project was named Southern Ocean Carbon and Climate Observations and Modeling (SOCCOM). The research team was surprised by the results. The sea ice in Antarctica releases way more carbon dioxide than previously thought. The study analyzed data from 35 floating drones between the winters of 2014-2017. 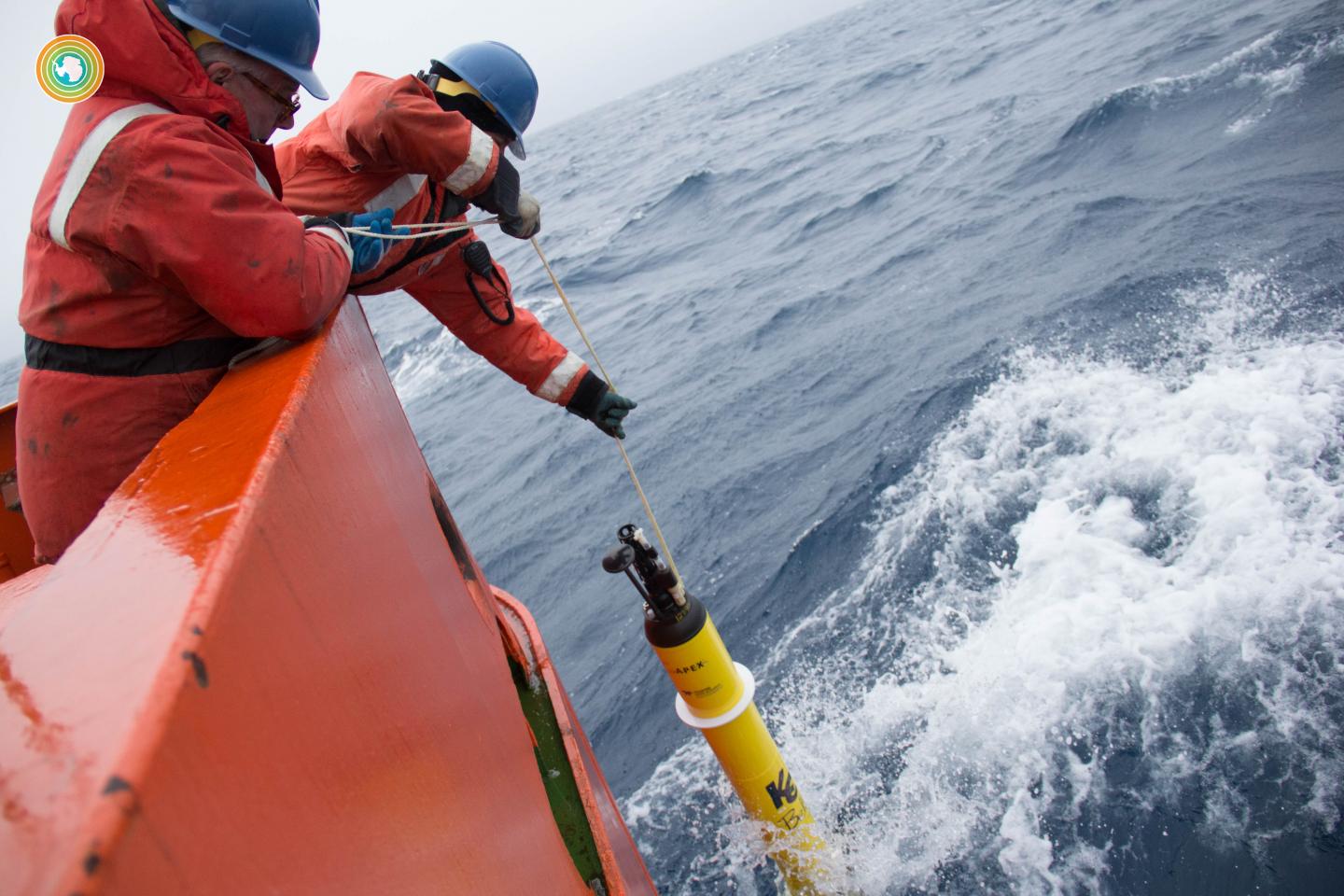 Stephen Riser (left) drops a float into the Southern Ocean during a 2016/17 cruise. (Source: Greta Shum/ClimateCentral)

"These results came as a really big surprise, because previous studies found that the Southern Ocean was absorbing a lot of carbon dioxide," said lead author Alison Gray, a UW assistant professor of oceanography. "If that's not true, as these data suggest, then it means we need to rethink the Southern Ocean's role in the carbon cycle and in the climate."

"This is science at its most exciting -- a major challenge to our current understanding made possible by extraordinary observations from the application of new technologies to study previously unexplored regions of the ocean," said co-author and SOCCOM director Jorge Sarmiento at Princeton University. Gray conducted the research as a postdoctoral researcher in Sarmiento's research group.

"Our observations have important implications for our understanding of the global carbon cycle," Sarmiento said. "We find that the Southern Ocean is currently near neutral with respect to removal of carbon from the atmosphere, contrary to previous studies which suggest there is a large uptake of carbon by the Southern Ocean. These results can be reconciled if there is a corresponding unobserved carbon uptake waiting to be discovered somewhere else in the ocean."

In the past, carbon dioxide measurements have been gathered by ships that are traveling across the Drake Passage in Antarctica. There was not a lot of data gathered because there is only a short time in which ships can safely travel across the passage. During an Antarctic winter, dangerous storms are frequent. The typical storm lasts four days and there is an average of seven days between storms. That is where the floating drones come into play.

"After four years of SOCCOM, the vast majority of information about the chemistry of the Southern Ocean is coming from these floats," Gray said. "We have more measurements from the past few years than all the decades that came before."

The Antarctic region has a unique effect on the world’s climate. In Antarctica, water that has spent centuries in the deep ocean breaks the surface of the sea for the first time. Gathering data about this deep-sea water and how it releases carbon-dioxide helps researchers predict long-term effects of carbon dioxide released into the atmosphere.

The floating drones drift with the currents of the water and can control their own buoyancy while collecting data on carbon dioxide release at different depths. During the study, the drones dive to one kilometer where it floats with the current for nine days before diving even deeper to two kilometers. After it dives to two kilometers, it rises slowly to the surface while gathering data on carbon dioxide levels. Once it reaches the surface, the drone beams data to the research team via satellite.

Other than carbon dioxide levels, the drones also monitored ocean temperature, salinity, dissolved oxygen, nitrogen and Ph balance. The Ph measurements were used by the researcher to calculate carbon dioxide levels and changes. They also used ph to figure out how the sea water is absorbing and emitting carbon dioxide into the atmosphere at the surface.

The data showed that the open water that is next to the ice-covered sea surrounding Antarctica releases more carbon dioxide in the winter than the researchers expected.

"It's not surprising that the water in this region is outgassing, because the deep water is exceptionally rich in carbon," Gray said. "But we underestimated the magnitude of the outgassing because we had so little data from the winter months. That means the Southern Ocean isn't absorbing as much carbon as we thought."

The paper on this study was published in Geophysical Research Letters.