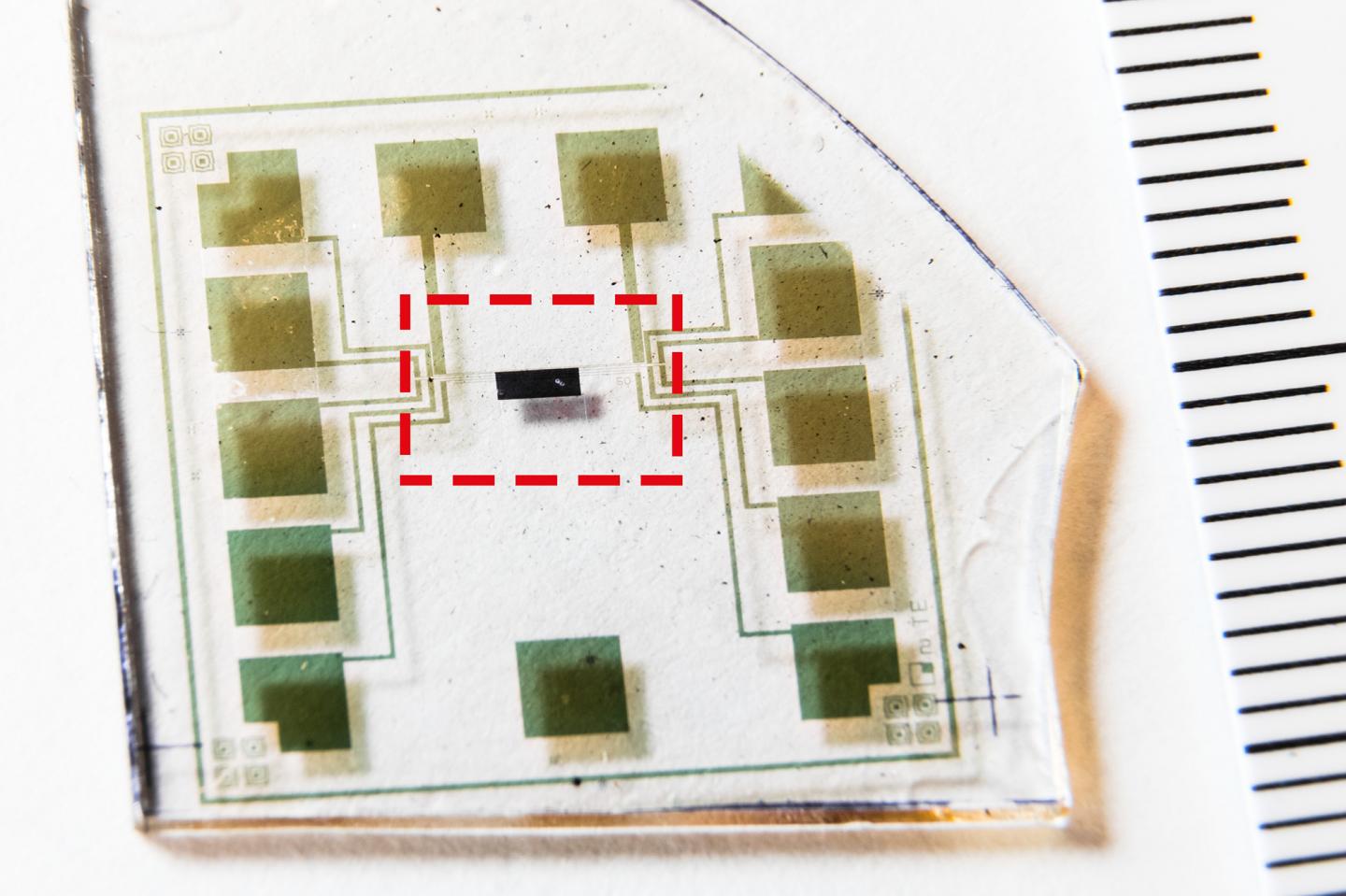 Researchers at the Laboratory of Organic Electronics, Linköping University, have developed the first complementary electrochemical logic circuits that function for long periods in water. This is a huge breakthrough for bioelectronics development.

The first printable organic electrochemical transistors were presented by researchers from LiU in 2002, and since then the research has only progressed rapidly.

Researchers have struggled to find a sufficiently stable polymer material that can operate in water and where the long polymer chains can sustain high current when the material is doped.

Simone Fabiano, head of research in the Organic Nanoelectronics group at the Laboratory of Organic Electronics, presents his results from an n-type conducting material where the ladder-type structure of the polymer backbone favors ambient stability and high current when doped. Postdoctoral researchers Hengda Sun found a method to create thick films of the material. The thicker the film, the greater the conductivity.

"We have used spray-coating to produce films up to 200 nm thick. These can reach extremely high conductivities," says Fabiano.

This method can be used with printed electronics over large surfaces.

Hengda Sun has shown that the circuits function for long periods when in the presence of oxygen and water.

"This may appear at first glance to be a small advance in a specialized field, but what is great about it is that it has major consequences for many applications. We can now construct complementary logic circuits — inverters, sensors and other components — that function in moist surroundings," says Fabiano.

"Resistors are needed in logical circuits that are based solely on p-type electrochemical transistors. These are rather bulky, and this limits the applications that can be achieved. With an n-type material in our toolbox, we can produce complementary circuits that occupy the available space much more efficiently, since resistors are no longer required in the logical circuits," says Magnus Berggren, professor of organic electronics and head of the Laboratory for Organic Electronics.

Applications of the organic components include logic circuits that can be printed on textile or paper, various types of cheap sensors, non-rigid and flexible displays and the huge field of bioelectronics. Polymers that conduct ions and electrons are the bridge needed between the ion-conducting systems in the body and the electronics components of sensors.

The article on this research was published in Advanced Materials.