With two types of “designer” quantum dots, researchers are creating double-pane solar windows that generate electricity with greater efficiency and create shading and insulation for good measure. It is all possible because of a new window architecture that utilizes two different layers of low-cost quantum dots tuned to absorb different parts of the solar spectrum. 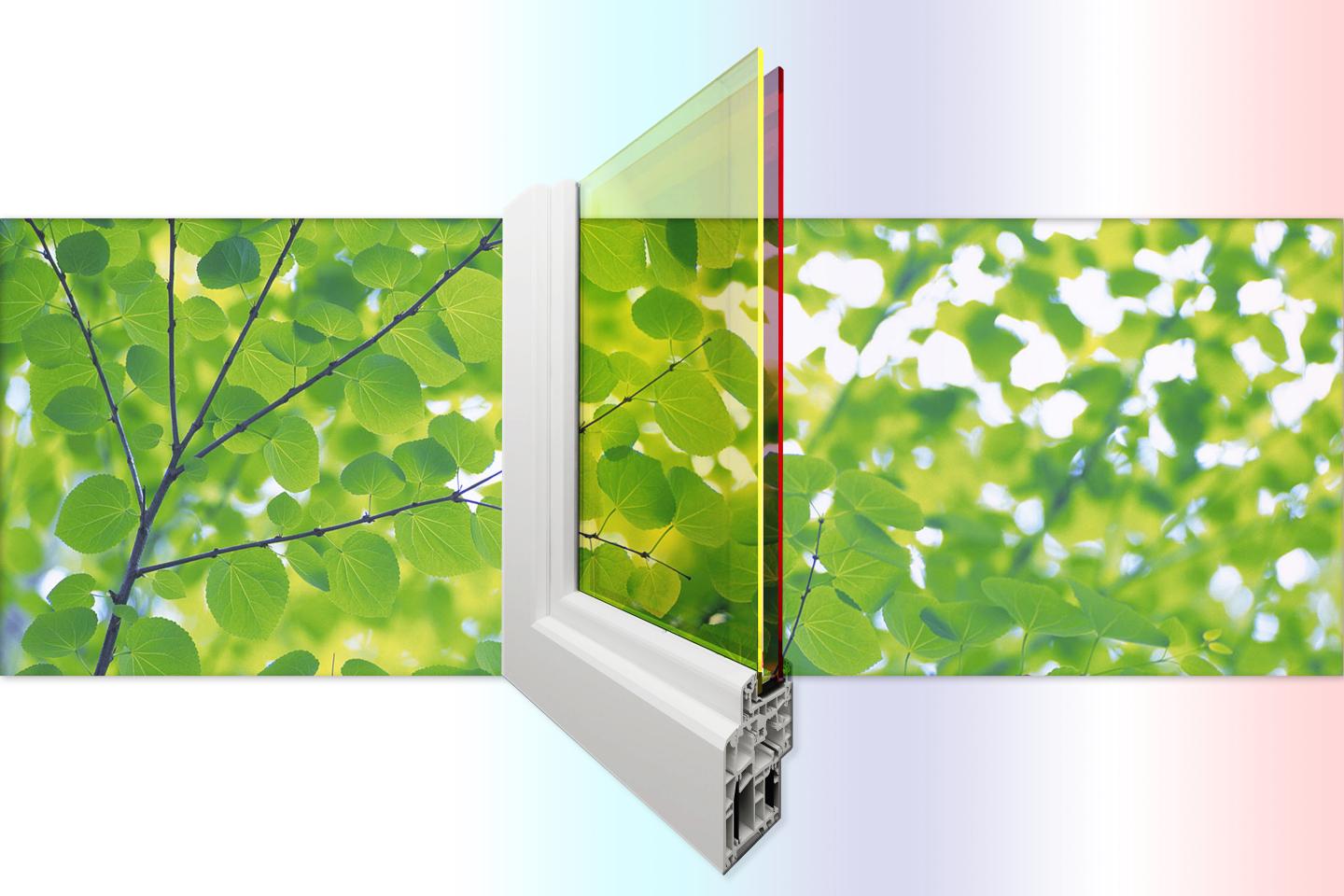 "Because of the strong performance we can achieve with low-cost, solution-processable materials, these quantum-dot-based double-pane windows and even more complex luminescent solar concentrators offer a new way to bring down the cost of solar electricity," said lead researcher Victor Klimov. "The approach complements existing photovoltaic technology by adding high-efficiency sunlight collectors to existing solar panels or integrating them as semitransparent windows into a building's architecture."

The key to this development is the “solar-spectrum splitting” which allows researchers to process higher and lower energy solar photons separately. The higher-energy photons can generate a higher photovoltage, which could boost the overall power output. The approach could improve the photocurrent as the dots used in the front layer are “reabsorption free.”

To transform a window into a tandem luminescent sunlight collector, the Lost Alamos team deposits a layer of highly emissive manganese-doped quantum dots onto the surface of the front glass pane and a layer of copper indium selenide quantum dots onto the surface of the back pane. The front layer absorbs the blue and ultraviolet portions of the solar spectrum while the rest of the spectrum is picked up by the bottom layer.

After absorption, the dot re-emits a photon at a longer wavelength and then the re-emitted light is guided by total internal reflection to the glass edges of the window. There, the solar cells integrated into the window frame collect the light and convert it into electricity.

The paper on this research was published in Nature Photonics.