Your Phone Password May not be as Secure as You Think

A study has found that hackers could guess your phone's security code using the phone’s sensor data.

Data from the physical sensors in a smartphone could be used by hackers to guess the security PIN and unlock it. 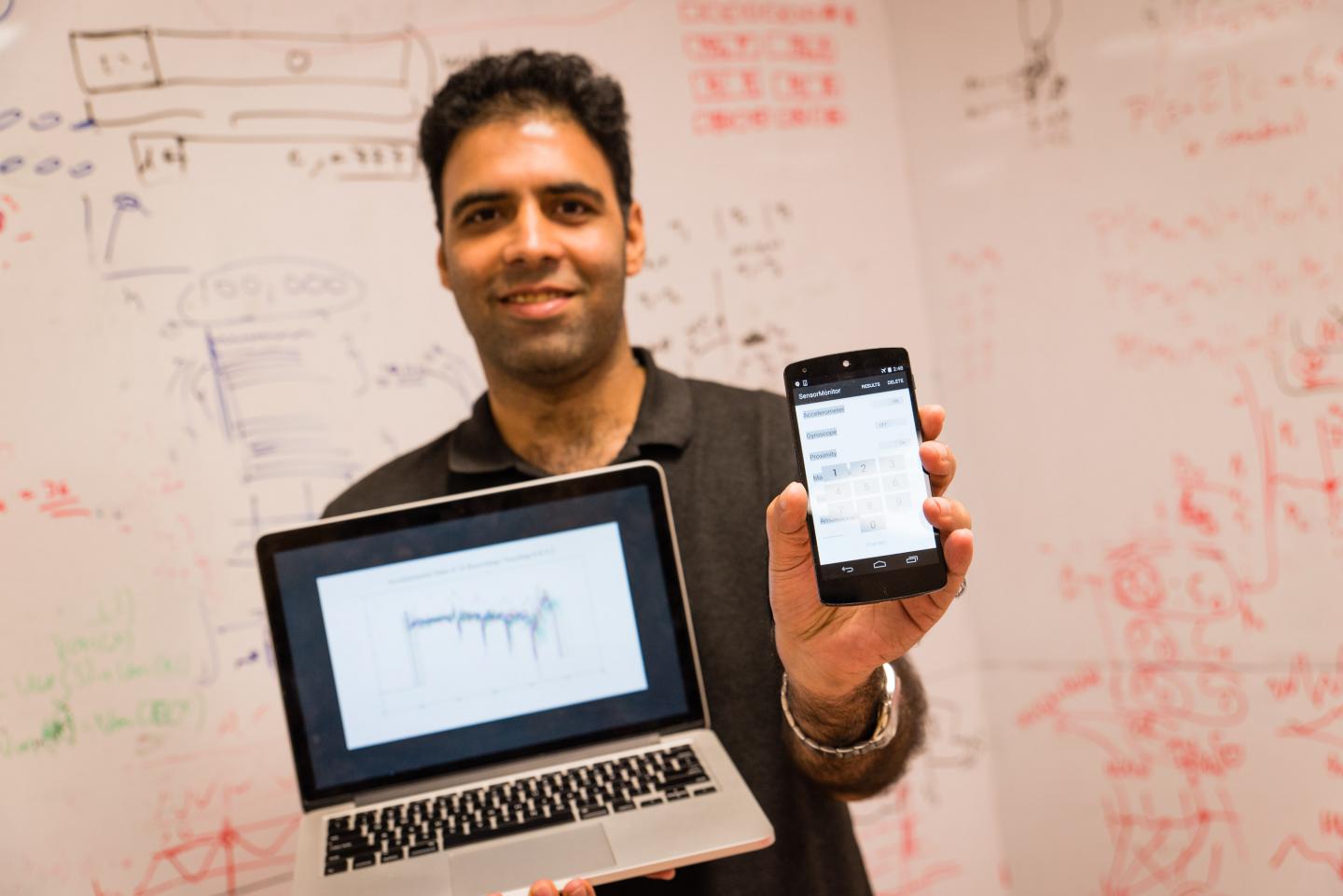 Instruments in smartphones, like the accelerometer, gyroscope and proximity sensors represent a potential security vulnerability, according to Nanyang Technological University, Singapore (NTU Singapore).

With a combination of information that was gathered from six different sensors from smartphones and state-of-the-art machine learning and deep learning algorithms, the researchers have succeeded in unlocking Android smartphones with 99.5 percent accuracy within three tries when attempting to unlock a phone with one of the 50 most common PIN numbers.

Previously, the best phone-cracking success rate was 74 percent for the 50 most common PIN numbers, but NTU’s technique can be used to guess all 10,000 possible combinations of four-digit PINs.

The team was led by Dr. Shivam Bhasin, senior research scientist at the Temasek Laboratories at NTU. The researchers used sensors in a smartphone to model which number had been pressed by the owner, based on how the phone was tilted and how much light is blocked by the thumb or fingers.

The researchers say that their work highlights a significant flaw in smartphone security and using the sensors within the phones don’t require permissions to be given by the phone user and are openly available for all the apps to access.

"When you hold your phone and key in the PIN, the way the phone moves when you press one, five, or nine, is very different. Likewise, pressing one with your right thumb will block more light than if you pressed nine," explains Dr. Bhasin, who spent 10 months with his colleagues, Mr. David Berend and Dr. Bernhard Jungk, on the project.

The classification algorithm was trained with data that was collected from three people who each entered a random set of 70 four-digit pin numbers on a phone. At the same time, it recorded the relevant sensor reactions.

Using deep learning, the classification algorithm was able to give different weights of importance to each of the sensors, depending on how sensitive each was to the different numbers being pressed. This helps eliminate factors that it believes is less important and increases the success rate for PIN retrieval.

Even though each individual enters the security PIN on their phone differently, the scientists show that as data from more people is fed to the algorithm, success rates are improved.

While a malicious application might not be able to guess a PIN correctly right after installation, with machine learning it could collect data from thousands of users over time from each of their phones to learn their PIN entry pattern and then launch an attack later when the success rate is much higher.

Professor Gan Chee Lip, Director of the Temasek Laboratories at NTU, said this study shows how devices with seemingly strong security can be attacked with a side-channel, as a sensor data could be diverted by malicious applications to spy on user behavior and help access PIN, password information and more.

"Along with the potential for leaking passwords, we are concerned that access to phone sensor information could reveal far too much about a user's behavior. This has significant privacy implications that both individuals and enterprises should pay urgent attention to," said Lip.

Dr. Bhasin believes it would be advisable for mobile operating systems to restrict access to the six sensors in the future so that users can actively choose to give permissions only to trusted apps that need them.

In order to keep your mobile devices secure, Dr. Bhasin says that users should have PINs with more than four digits with other authentication methods like one-time passwords, two-factor authentication and fingerprint or facial recognition.

The paper on this research was published in Cryptology ePrint Archive.