How Your Computer Actually Creates Color 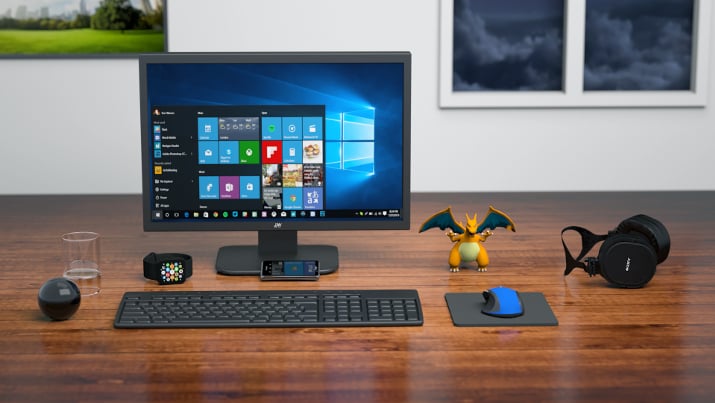 Modern computer monitors are capable of displaying a wide variety of colors in high resolution. They can present photorealistic images that are nearly indistinguishable from reality. But how do these devices reproduce the rich color detail found in nature?

To understand, we’ll first review the nature of light, explain the color model used by computer monitors and then describe the technology behind LCD displays.

Light is made up of a spectrum of electromagnetic energy of various wavelengths. The human eye can perceive only a fraction of these wavelengths. Violet is the shortest wavelength of light humans can distinguish, while red is the longest. All of the visible colors lie between violet and red on the electromagnetic spectrum. Beyond violet, outside of the visible range of wavelengths, are ultraviolet and x-rays, and beyond red are microwaves and radio waves.

In the RGB color model, a mixture of three primary colors – red, green and blue – creates a wide range of colors.

We sense color when visible light activates color-sensitive cells in our eyes known as cones. Signals from these cells travel to our brain where an interpretation is made based on the signal intensities from each of the red, green and blue cones. Seeing yellow light is the result of our brain interpreting the combined signals from red and green cones as the color yellow.

A liquid crystal display (LCD) monitor’s screen is composed of millions of elements known as pixels (picture elements). Each pixel is made up of three individual subpixels, a red subpixel, a green subpixel and a blue subpixel. Each of these subpixels controls the amount of light that passes through them, regulating the amount of each color emitted by a pixel. The mixture of the three primary colors determines the final color that the eye perceives for a given pixel. The eye cannot distinguish each of the subpixels because they are quite small and spaced close together. Only the overall color of the pixel is seen. 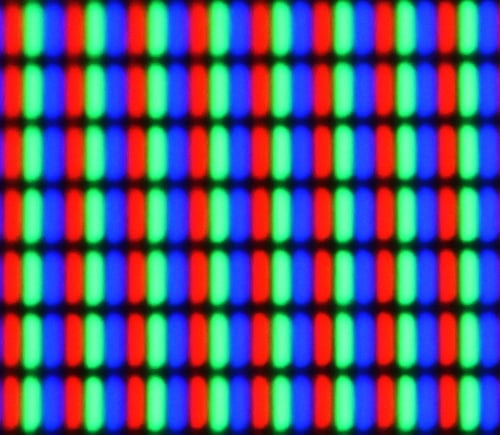 A magnified view of the pixels on an LCD monitor showing individual red, green and blue subpixels. Source: Dave Pape / CC BY 2.0

The first glass filter polarizes light so that all light waves, except those vibrating horizontally, are blocked. The light passes to the liquid crystal layer where liquid crystals are by default twisted to the correct orientation to allow horizontally vibrating light to pass. The light then arrives at the second glass filter, which is structured to only allow light vibrating vertically to pass. Since all of the light at this point is vibrating horizontally, none of it can pass through the second filter, resulting in a dark subpixel.

To illuminate the same subpixel, all that is needed is to twist the liquid crystals to the appropriate orientation. This is accomplished through the use of transistors. Each of the subpixels is controlled by a transistor that switches on and off to control the flow of electricity through each of the liquid crystals. When liquid crystals have current flowing through them, they twist and rotate light waves passing through them by 90 degrees. Rotating the horizontally-vibrating light by 90 degrees causes it to vibrate vertically, allowing it to pass through the second glass filter. The result is an illuminated subpixel. A color filter over each subpixel gives each element its color. The intensity of the light generated by each subpixel can be adjusted by changing the degree to which the liquid crystals rotate the light waves. Varying the intensities of each subpixel generates different shades of color.

A color in the RGB color model is described by three component values (R,G,B).

Cmputer monitors use the RGB color model. This model represents colors using three components of varying values (R,G,B) to indicate the amount of each of the primary colors that make up the color. The value of each component controls the intensity of each subpixel.

This color information is sent to the monitor, which adjusts its subpixels to the corresponding intensities, generating a precise array of colors and graphics on the screen.