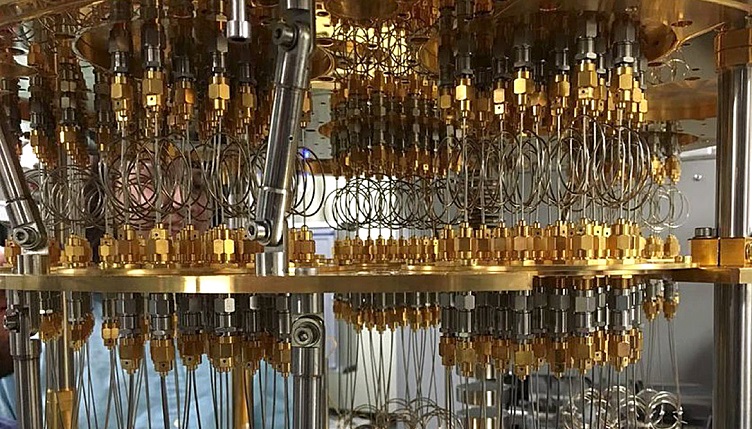 If you’ve heard about the promise of quantum computing, you’ve heard about qubits — the units of quantum information that are an analogue to the classical binary digit, or bit. While bit symbolizes data as ones and zeros, qubits — true to form for quantum physics — can essentially act as both a one and a zero. This means they can perform two calculations at once: two “entangled” qubits can perform 2^2 calculations at once; three can perform 2^3; etc. According to previous research, at roughly 50 qubits you’ll be solving problems beyond the practical limits of conventional machines — a phenomenon known as “quantum supremacy.” Fast forward up the number line, and by the time you get to a 300-qubit system, you’re able to perform more calculations in an instant than the number of atoms in the visible universe.

Not surprisingly, this promise is still rooted in the theoretical — but a number of recent strides toward the realization of quantum computers have been made. Among them is IBM’s recent achievement of a task that some had previously suggested was beyond the capabilities of conventional machines: a 56-qubit quantum computer simulation on an “old-fashioned” supercomputer, the Vulcan at Lawrence Livermore National Laboratory in California.

IBM’s approach involved dividing the computing task into multiple slices, reducing the amount of memory needed. Whereas a previous 45-qubit simulation required 500 terabytes (TB) of memory, the IBM solution required only about 3 TB.

Quantum simulators, of course, are not the same as actual quantum computers. But they can be used to double-check the results of quantum computers to verify accuracy. They can also be used to simulate errors to help with troubleshooting. And they provide a clue to what problems quantum computers can solve better than conventional machines, helping researchers to arrive at the best applications.

For the full story, check out IBM Simulates a 56-Qubit Machine on IEEE Spectrum.