According to MarketsandMarkets research firm, the drones market is expected to be worth a whopping $21.23 billion by 2022. The drone sensors component is expected to grow at the highest rate during that time.

Drone technology has reached new heights and put the unmanned aerial vehicles in many leading sectors such as military and aerospace manufacturing. Sensors are being used as payloads in a variety of military applications. Chemical, biological, radiological, nuclear and laser sensors in military drones are used for indicating targets, guiding weapons, defense systems, electro-optical countermeasures, and navigation systems. UAV technology has proven a vital resource for intelligence, surveillance, exploration, and communication for military operations.

The military classifies drones based on weight, range, and speed, as well as capabilities. For example, Class I drones are micro or mini and weigh less than 330 lbs., but there are other levels of classification that exist based their autonomous capabilities such as sensor fusion, the ability to combine data from a variety of sensors to make determinations that could never be made with simple one set of sensors.

The unmanned need for sensors travels beyond aerial vehicles. Last year, Boeing acquired unmanned marine vehicles specialist Liquid Robotics Inc. in California, enhancing its ability to network sensors and communications systems located at the bottom of the ocean to orbital space and the Royal Navy has used networked unmanned surface vessels (USVs) for detecting and tracking submarines. The unmanned market is riddled with sensors.

Selecting sensors for UAVs is no easy task. A good sensor can impact quality and performance.

When it comes to selecting sensors for drone development, identifying your goals and needs is the first step to take in order to achieve desired results. (Are you measuring crop height? Are you detecting water or soil temperatures? Are you surveying land or providing aerial mapping services?) While drone manufacturers must focus on components such as motors, durability, controllers, and camera capabilities, sensors are important and necessary components to focus on.

Join us on October 5, 2017 at 1 pm EST, as we take a deep-dive into sensors for commercial drones, providing you with market outlook information, sensor functionalities and capabilities, and the knowledge you'll need as engineers and drone manufacturers. 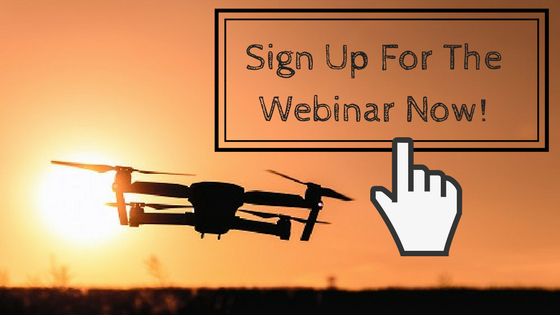