Researchers from the Royal Botanic Gardens Kew have demonstrated a new tool for plant identification that gets scientists out of the laboratory and into the field.

Joe Parker, Kew scientist and co-author of the paper, says, “This research proves that we can now rapidly read the DNA sequence of an organism to identify it with minimum equipment. Rapidly reading DNA anywhere, at will, should become a routine step in many research fields. Despite hundreds of years of taxonomic research, it is still not always easy to work out which species a plant belongs to just by looking at it. Few people could correctly identify all the species in their own gardens."

Over the last 40 years, DNA sequencing has revolutionized the scientific world, but work has been laboratory-bound. Species identification is a largely field-based area of pursuit. Identifying a species using current methods could take scientists months to complete, from fieldwork to results. Lab-bound identification limits the pace of discovery and decision-making. New technology to identify species quickly and on-site is critical for scientific research, the conservation of biodiversity and fight against species crime.

In the new study, Kew scientists used the portable DNA sequencer, the MinION from Oxford Nanopore Technologie, to analyze plant species in Snowdonia National Park. This was the first time plant genomic sequencing was performed in the field.

This technology was launched in 2015 and has been used in Antarctica, remote regions affected by disease, and on the International Space Station.

One of the achievements of field identification is the identification of two innocuous white flowers, Arabidopsis thaliana and Arabidopsis lyrata ssp. Petraea. This was accomplished by sequencing random parts of the plants' genomes, avoiding the tricky and time-consuming process of targeting specific pieces of DNA. 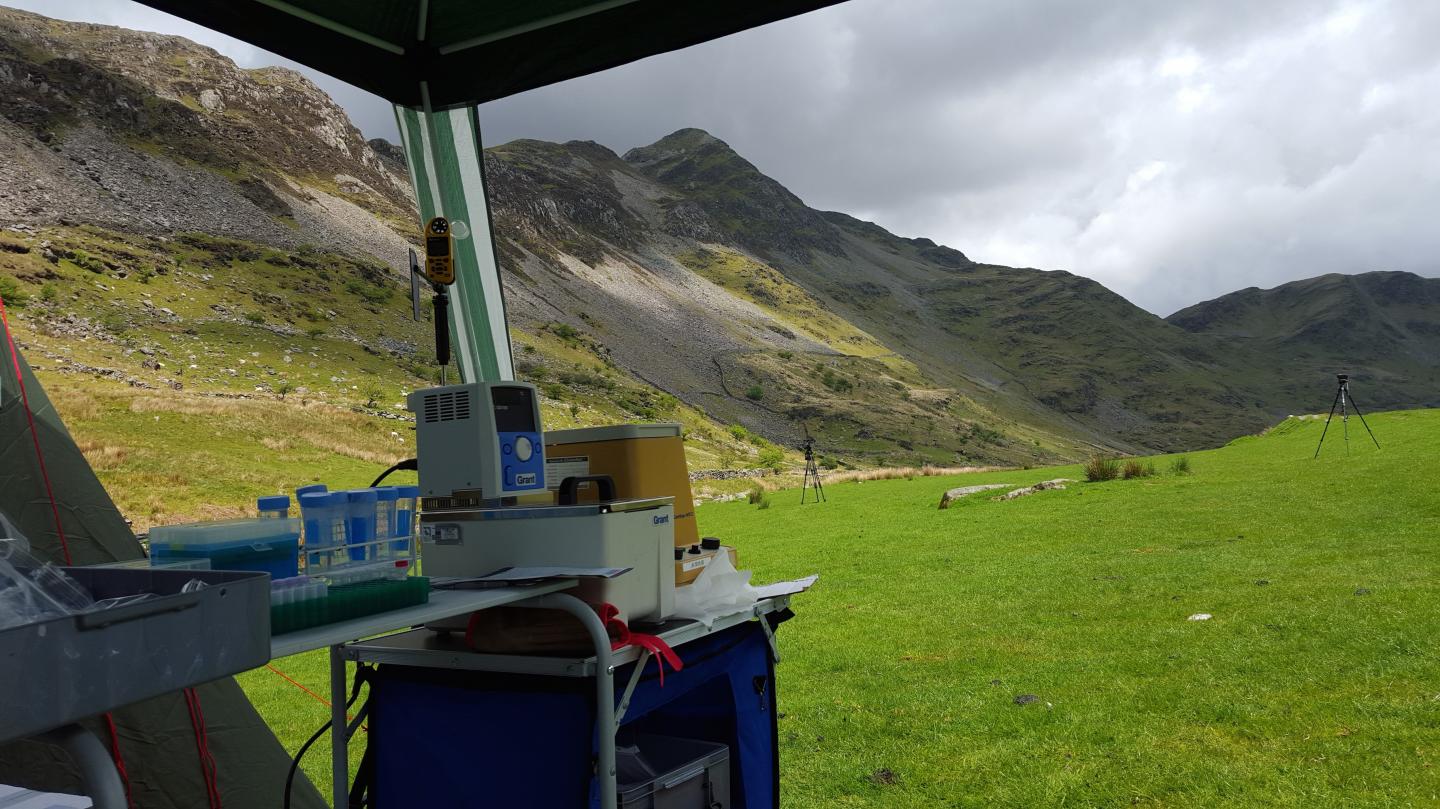 The field identification of two different white flowers was achieved by sequencing random parts of the plants' genomes and comparing their new data to a database of reference genome sequences. Source: Alex Papadopolous

The researchers compared the new data to a freely-available database of reference genome sequences to make their identification. Crucially, replicating their experiment in Kew’s Jodrell Laboratory with other DNA sequencing methods allowed researchers to devise sophisticated statistics to understand useful properties of the new kind of data for the first time.

Alexander Papadopulos, Kew scientist and co-author of the paper says, “Accurate species identification is essential for evolutionary and ecological research, in the fight against wildlife crime and for monitoring rare and threatened species. Identifying species correctly based on what they look like can be really tricky and needs expertise to be done well. This is especially true for plants when they aren't in flower or when they have been processed into a product. Our experiments show that by sequencing random pieces of the genome in the field it's possible to get very accurate species identification within a few hours of collecting a specimen. More traditional methods need a lot of lab equipment and have often only provided enough information to identify a sample to the genus level."

There are other useful properties for the data too. This field-sequenced data can be used to assemble a whole genome sequence to provide a reference database for the species and to help understand evolutionary relationships. The team is currently exploring the feasibility of rapidly generating a reference sequence database from the diverse collection of plants held in Kew’s living collection and herbarium, as well as applications for monitoring plant health.

A paper on this research was published in Scientific Reports.