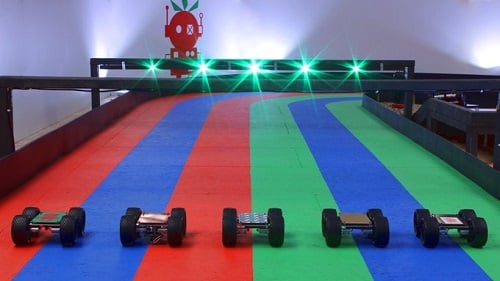 This robot race involves sending code to organizers where Raspberry Pi cars race. (Source: Formula PI)With the do-it-yourself crowd and the makerspace becoming a huge part of our lives, the tools to enable cool new creations have advanced as well.

Simple control boards such as Raspberry Pi and Arduino have allowed tinkerers, designers and artists to develop a whole range of devices and development kits that others can then use to build their own creations. A look on Kickstarter and you’ll see numerous, if not hundreds, of projects that are all related to makerspace boards.

Autonomous vehicles is a fun category because not only are you building something that you can later user for entertainment purposes, but it enables those who have little engineering skill to learn how to craft something electronically.

In that sense, here are five cool projects makers have used the Raspberry Pi to create autonomous vehicles.

After a successful Kickstarter, Formula PI has been selling its racing series that involves self-driving robots in order to both provide entertainment as well as give people a starting point with tinkering with learning about autonomous vehicles.

The car robots travel on a multi-colored track with LED lights that control the race. Competitors from around the world send codes to the organizers of the race to control the robots. So it is not a battle of strength, but a battle of who has the best code.

Each car is equipped with a $5 Raspberry Pi and a tiny camera to use, so coding is the key aspect to the race. Software must analyze the position of the track and the other cars in the race. Current races are still ongoing and you can find out more information on the Formula PI website. 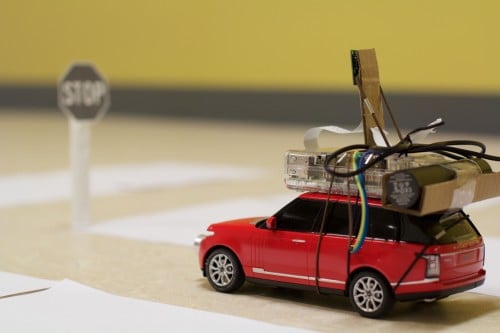 Using a Raspberry PI and Arduino, an RC car avoids collisions and stops at lights autonomously. (Source: Zheng Wang)Using a Raspberry Pi and some hardware to modify a remote-controlled (RC) car, this little hatchback can follow a track, detect, understand and respond to stop signs and traffic lights and avoid collisions.

The makers of the car say that if it was scaled up, it would look a bit like what Google’s Waymo is doing with its self-driving car projects. Here, the Raspberry Pi is hooked up to a Raspberry Pi camera module and an ultrasonic sensor. Client programs on the Pi are used to serve the information it gathers from those devices to another computer over Wi-Fi with live streaming video.

The car then receives instructions by an Arduino, hooked up to the computer doing the processing by USB. The goal of the project was to test how accurate the RC car would be in certain driving situations and it was able to avoid front collision and respond to signals and lights accordingly. Raspberry Pi and Navio2 boards run on Donkey power this self-driving car. Source: Unmanned BuildShowing how much the maker community has stepped up the game in terms of autonomous vehicles, a researcher from TU Delft has created a vehicle that uses Raspberry Pi and Navio2 that runs a car based on a standard RC car chassis as the foundation.

Pi is used for the artificial intelligence portion of the vehicle while the Navio2 runs the motor and servo. The Raspberry Pi Camera was chosen as the vision portion, and it communicates through Wi-Fi for telemetry. The software used was the Donkey platform, an open-source self-driving software that was modified for the project.

The complete instructions on how to build it yourself can be found at https://community.emlid.com/t/building-an-autonomous-car-with-rasbperry-pi-and-navio2-running-donkey/6030 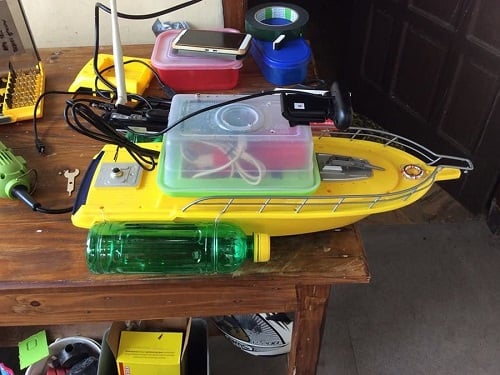 Designed for both fun and learning how to build a robot based on simple code, the Roboat uses a bunch of simple parts to get the thing up and running with minimal soldering and other tools needed. Common plastic bottles help the boat stabilize and Wi-Fi is used to send commands to the boat for control.

Want to build one for yourself? The complete specs are found at https://github.com/chalei/surocam 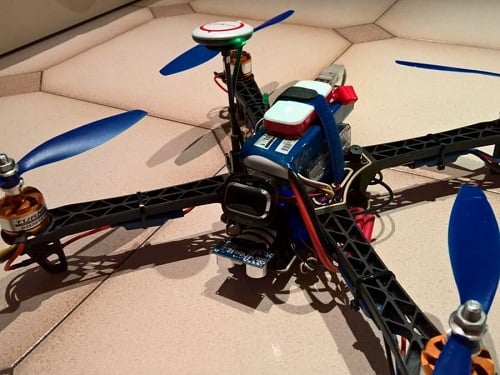 A drone using Raspberry pi and Windows 10. (Source: Hackster.io)Drones have become a staple of providing entertainment for consumers as well as taking aerial photography. Drones have also found their way into numerous businesses, factories and military uses.

The goal of Drone Pi was to create an aerial vehicle using Raspberry Pi and the Universal Windows Platform (UWP). The maker of the drone created an app that runs on a Windows 10 device and has a controller for 4G LTE connection. The Pi is connected to the flight controller through a USB interface and an Xbox One controller is used to pilot the drone.

The project is still being tinkered with and future work will be used to improve the GPS and an improved ultrasonic sensor for autonomous take-off and landing. Learn how do it yourself by visiting: https://www.hackster.io/frank802/drone-pi-a-windows-10-raspberry-pi-4g-drone-74be94