Breaking Down the Differences Between All the NASA Facilities 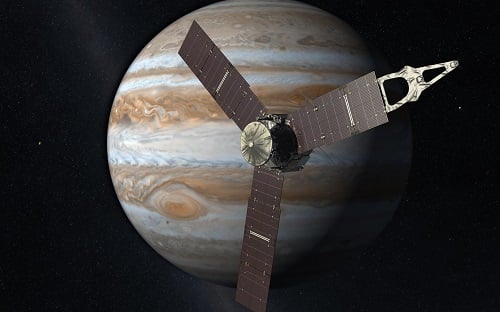 NASA recently revealed the first science data of Jupiter it garnered from the Juno probe. Source: NASANASA is an extremely large organization. Each year, the U.S. government gives the agency between $17 billion and $19 billion each year for exploration of space and to advance aerospace technology.

With the race to Mars in full effect, deep space probes sending back new and exciting information about our solar system and new advances in how we will get to and operate in space developing almost every day, which facility is doing what project can be difficult to keep up with.

In order to get a better understanding, here is a breakdown of the NASA facilities, the legacy projects that each center supported and what new and future projects they are developing for the future of space.

Jet Propulsion Laboratory
Location: Pasadena, California
Focus: To carry out robotic space and Earth science missions.
Top Projects: JPL is one of the larger facilities inside NASA and as such was responsible for launching the first American orbital science satellite around Earth. It has also been responsible for the Juno probe that is currently orbiting Jupiter and NASA just revealed the first science data from the spacecraft. It also helped in the development of Cassini, the satellite orbiting Saturn that is on its final days that NASA plans to dip the spacecraft between the rings and planets before it explodes in the planet’s atmosphere.

Other projects include the original Voyager probes that was launched in 1977 and is still traversing space today, the Surveyor and Ranger spacecraft that was sent to the moon to gather data, the Mars Exploration Rovers, Deep Impact that crashed into a comet to record data, the Spitzer long range space telescope and the Gravity Recovery and Climate Experiment (GRACE) module, studying climate change. 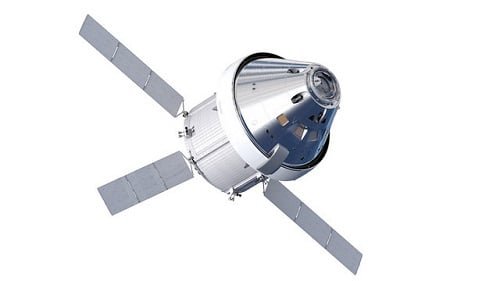 Orion is a next-generation manned spacecraft designed to carry humans into deep space. Source: NASATop Projects: Goddard is probably most famous for the development of the Hubble Space Telescope that is used to capture images from deep space. The facility is also working on the upcoming James Webb Space Telescope scheduled for launch later this decade. Goddard was also instrumental in the development of the Curiosity Mars rover that searched for microbial life on the red planet. Other projects include the Maven atmosphere satellite in orbit of Mars, surveying the moon with its LRO probe and monitoring the sun with the Solar Dynamics Observatory.

Johnson Space Center
Location: Houston, Texas
Focus: To explore the Earth and the universe by making advances in science, technology, engineering and medicine.
Top Projects: Originally, the facility led the Gemini and Apollo journeys to the moon and commanded the Skylab project, the first space station in orbit around Earth.

Currently, Johnson Space Center servers as the home for mission control for the International Space Station (ISS) operations. The center is also developing the Orion multi-purpose crew vehicle that will be used to carry humans further into space than they have ever gone before. Orion is thought to be the vehicle that will help carry humans to Mars in the near future.

Kennedy Space Center
Location: Titusville, Florida
Focus: To provide safe, reliable and cost effective transportation to Earth’s lower orbit.
Top Projects: The Kennedy Space Center was the launch facilities for numerous spacecraft including the venerable Space Shuttle and the moon missions from Apollo. It also was the location for the launch of Skylab. The center was also one of the main sources for launching ISS modules for the early design of the space station and continues to process ISS payloads today.

Currently, KSC is working with other NASA organizations on the Commercial Crew and Cargo program to facilitate private industry space exploration and space transportation. The center is also engaged in the Launch Services Program for management of expendable launch vehicle (ELV) services and testing.

Glenn Research Center
Location: Cleveland, Ohio
Focus: To drive advances in science, technology, aeronautics and space exploration.
Top Projects: Originally established as the Aircraft Engine Research Laboratory (AERL) in 1941, the center was renamed the Lewis Research Center after joining NASA in 1958. The center pioneered the use of liquid hydrogen for rocket and aircraft propulsion. Later the facility developed the Quite Engine Program, the integrated propulsion system and started testing the Space Shuttle upper-stage rockets. In 1999, it was renamed again to John H. Glenn Research Center after the famous astronaut. 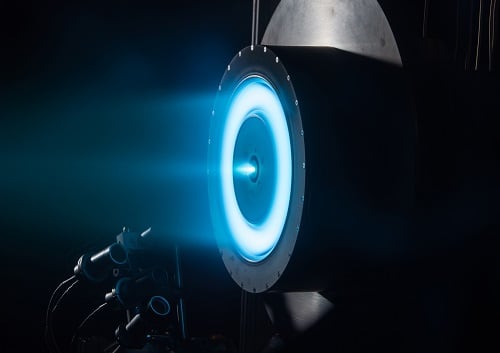 The solar electric propulsion system being developed by Glenn Research Center. Source: NASACurrently, the center is working on solar electric propulsion (SEP) in an effort to create a fuel system that is cost-effective to get humans to Mars and other locations inside the solar system. The SEP is energized by the electric power from on-board solar arrays, which uses about 10 times less propellants than conventional chemical propulsion systems such as those used by the Space Shuttle.

Today, the center is working on an energy harvesting smart sensor that can be used for long term monitoring of events such as strain, cryogenic temperatures, ambient temperatures, limit switches, milliamp signals, volt signals and magnetic fields. It is also developing the NASA Platform for Autonomous Systems (NPAS), which aims to provide information on the health of every element of a system such as sensors, actuators, pipes, tanks and valves. Furthermore, it is developing the NASA Data Acquisition System (NDAS) that is a software suite designed to operate and control critical aspects of rock engine testing.

Ames Research Center
Location: Moffett Field, California
Focus: To develop next-generation aeronautics, exploration technology and science.
Top Projects: Ames Research Center was a pioneer in breaking flight records through its wind tunnels including subsonic, transonic, supersonic and hypersonic speeds. The center developed the swept-back wing concept that is used on all high-speed aircraft today and the blunt body concept that is used on every spacecraft to prevent burning upon planetary entry.

Today, the center continues to develop new entry systems, advanced computing and IT systems for space- and aircraft and is active in providing knowledge for the ISS and NASA’s plan to journey to Mars.

White Sands Test Facility
Location: Las Cruces, New Mexico
Focus: Testing hazardous materials, components and systems for aerospace vehicles.
Top Projects: Originally, the White Sands Test Facility was known as the home of Apollo because it supported the testing of the spacecraft’s propulsion and power systems. Today, WSTF tests and evaluates potentially hazardous materials, space flight components and rocket propulsion systems. Some of the current work involves testing reactive fluids to see if they will cause long term material or system degradation, testing to ensure astronauts identify when something is wrong through sense of smell and testing materials and components’ durability in the vacuum of space.

While NASA does work with WSTF it also is available to the Department of Defense (DOD), other federal agencies, universities and commercial companies. 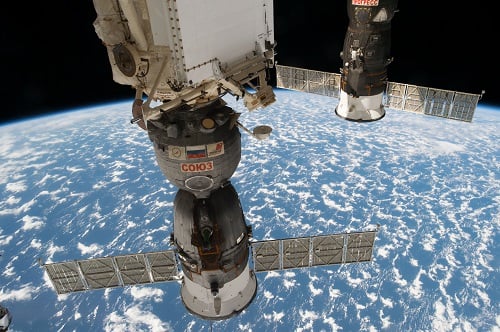 Recent space modules docking with the International Space Station. Source: NASAMarshall Space Flight Center
Location: Huntsville, Alabama
Focus: To develop and build next-generation engines for use in space.
Top Projects: Engineers at Marshall were responsible for building, testing and launching the Saturn V rocket that carried astronauts to the moon on the Apollo missions. The center also developed rocket engines and tanks for the fleet of Space Shuttles and built sections of the ISS.

Currently, the center manages all the science work of the astronauts aboard the ISS and is home to the development of the Space Launch System (SLS), the powerful rocket that will carry humans, equipment and science payloads to deep space. The SLS is seen as a critical component to NASA’s future journey to Mars.

Langley Research Center
Location: Hampton, Virginia
Focus: To advanced future design, safety and performance of aircraft and spacecraft.
Top Projects: While the Langley Research Center is focused mostly on aeronautical research, the site has previously been the location where NASA tested the Apollo lunar lander and has been the location where astronauts have been trained for space missions including Project Gemini.

Today, Langley is working on solving challenges of the U.S.’s transportation systems such as air traffic congestion, safety and environmental impacts. The center is also helping support NASA in its journey to Mars including the Orion spacecraft, developing new navigation sensor technologies and building devices for the ISS including the recently installed Stratospheric Aerosol and Gas Experiment III (SAGE III) module.