Video: Biosensor Has an Eye for Diagnostics

Dr. Gregory S. Herman first conceived of using bio-sensing while working in the industry. Now it's a reality at Oregon State University. He and two colleagues are responsible for the invention of an indium gallium zinc oxide (IGZO) semiconductor which revolutionized electronics, offering consumers higher resolution displays on televisions, smartphones, and tablets while saving power and improving touch-screen sensitivity.

After moving to the university in 2009, Dr. Herman began exploring the use of this technology in biomedical applications, specifically to help diabetics continuously monitor their blood glucose levels with bio-sensing contact lenses. 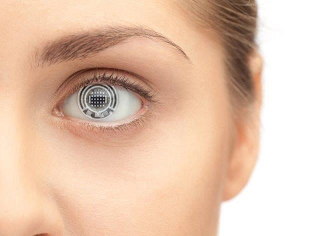 Subdermal insertion of electrodes, typically required with most continuous glucose monitoring methods, is eliminated with this contact lens approach. The devices can improve compliance since users can simply replace them on a daily basis.

An inexpensive method to make IGZO electronics developed by the research team was used to fabricate a biosensor containing a transparent sheet of IGZO field-effect transistors and glucose oxidase, an enzyme that breaks down glucose. The enzyme oxidized the blood sugar when glucose was added, that resulting in a pH level shift that, in turn, triggered changes in the electrical current flowing through the IGZO transistor.

More than 2,500 biosensors – each measuring a different bodily function – could be embedded in a 1-millimeter square patch of an IGZO contact lens. Dr. Herman theorizes that the biosensors could transmit vital health information to smartphones and other Wi-Fi or Bluetooth-enabled devices.

The IGZO system has already been used in catheters to measure uric acid, a key indicator of kidney function, and is its potential for early detection of cancer and other serious conditions is being studied. However, it could be a year or more before a prototype bio-sensing contact lens is ready for animal testing.

The research was presented at the 253rd National Meeting & Exposition of the American Chemical Society, held in San Francisco, CA, on April 4.