Weaponry – From Atlas and Bugs to MAHEM

Carolyn Mathas
Advances in electronics are dramatically changing the way we wage war and the tools we use to do so. Cyber attack, guerrilla warfare, asymmetric deployment and even militarized insects have replaced the days of two opposing armies charging at each other. While ships, tanks and aircraft will continue to exist, it is interesting to look at examples o 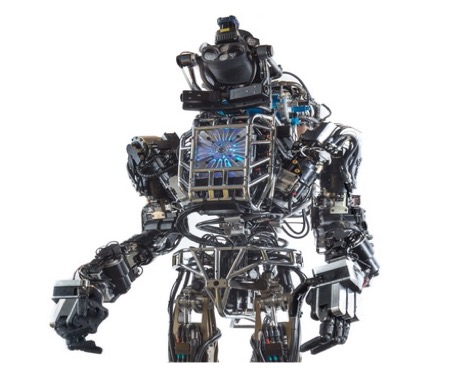 DARPA’s Atlas robot, developed by Boston Dynamics, is truly one-of-a-kind. (Photo provided by DARPA)f what war might look like in the not-too-distant future on land, sea and air, and why.

The Defense Advanced Research Projects Agency (DARPA) is typically at the forefront of the type of research that involves pulling proverbial rabbits out of hats—creating the impossible. Just a few years ago, a 330-pound, 6’2” ATLAS robot was unveiled as a result of a DARPA robot challenge. Little more than a shell at birth, it evolved rapidly with the addition of greater artificial intelligence.

The last iteration, for example, is slimmer at 180 pounds and a height of 5’9.” Atlas balances with sensors in its body, arms and legs and avoids obstacles with LIDAR and stereo sensors in its skull. It assesses terrain, navigation and object manipulation.

Moving from robots to firepower, superguns in the hands of the military do not require explosives or gunpowder yet fire a 25-pound projectile through multiple steel plates, creating a gaping 5” hole. These electromagnetic rails accelerate a hardened projectile to an amazing velocity. In conventional guns, a bullet loses acceleration upon exit from the chamber. In comparison, a railgun projectile increases speed, exiting at a whopping 4,500 mph. The downside is that the smallest weighs in at 250 pounds.

Using a technology dubbed MAHEM, or MAgnetoHydrodynamic Explosive Munition, the same power exists, housed in a handheld device and weighing a mere 1/10th of its predecessor railguns. The technology combines explosives with electricity to produce an electronically modified explosion that produces and expands a fireball. Electrical current is applied to the fireball so that velocity and pressure increase. A ceramic material produces an intense electric current when the shockwave occurs, k

The first handheld version will be at sea during 2016 for testing aboard a cargo vessel. However it will be 2020 before these supe 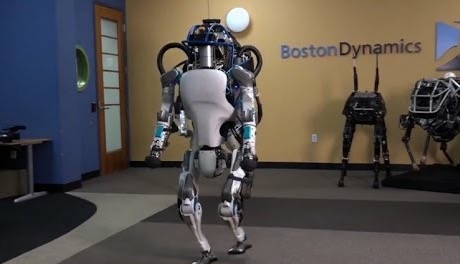 The 2016 version is sleeker and a bit shorter in stature—but amazingly flexible and balanced. Source: Boston Dynamics Videorguns are part of the warship fleet.

Following patent applications often yields gold. Boeing, for example, received a patent that indicates a plasma force field that repels or absorbs shockwaves from explosives. Electricity, lasers and microwave radiation are used to superheat an area in advance of the shockwave. This creates a plasma interference field capable of absorbing kinetic energy released.

The Boeing system could effectively protect combat vehicles, eliminating the substantial reliance on airpower that is currently necessary.

Raytheon recently delivered its next-generation AN/SPY-6(V) air and missile defense radar array to the Navy’s Pacific Missile Range Facility in Hawaii for testing. Designed to fit all ships for any mission, it offers what is said to be

AN/SPY-6(V) will fill a critical gap in the US Navy's surface fleet. Photo: courtesy of Raytheon Companyexceptional radar. It is on schedule for 2019 delivery, and it will be installed on the first DDG-51 Flight III destroyer.

SPY-6(V) is built with radar modular assemblies (RMAs), or standalone radar, that can create any size radar aperture, from a single RMA to large fielded radars. The technology improves range, sensitivity and accuracy. It increases battle-space and situational awareness, and reduces reaction time to effectively counter threats. 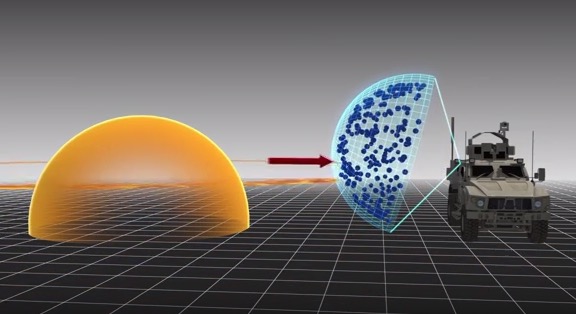 Going forward, ships will be modular with weapon systems

and sensors that are increasingly networked. Electromagnetic railgun advances will join such innovations as missile tubes capable of launching hypersonic missiles at Mach-5 plus, and torpedoes that travel at 300 knots because they are encased in a gas bubble for lower friction. Sensor-laden drones will be tethered via nanotubes and be able to transmit power to aircraft motors and lasers, while fleets of small drones will replace current helicopters for specific applications.

Estimates are that technology may eventually cut the number of ship crew members required from about 200 to 50 on warships. 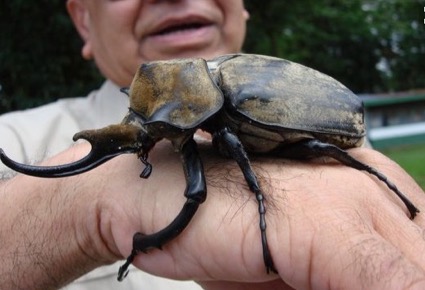 A civilian Costa Rican Hercules Beetle—yes, it is real. Source: PinterestNot long ago, I lived in Costa Rica for a while. While there, I noticed some of the strangest insects. One, pictured here, I thankfully never personally met. Compare its likeness to a DARPA project that enlists insects into the military.

Called HI-MEMS, or Hybrid Insect Micro-Electrical-Mechanical System, real bugs are taken when they are pupae and electrical circuits are placed in their bodies. When they reach maturity the circuits are triggered by signals delivered via radio waves, to control them remotely. The goal is to use them for undetectable battlefield exploration. The question is, however, would this surveillance method not be noticed?

Moving from bugs to helicopters, DARPA has outfitted small helicopters with a “neuromorphic” chip that mimics the human brain. While militarized bugs are only surveillance points, these helicopters can scan their environment and compare it to other areas, learning on the job.

A new fighter design is in the works at Northrop Grumman. The sixth-generation fighter design with stealth, lasers and greater distance possibilities is on the drawing board to specifically repl 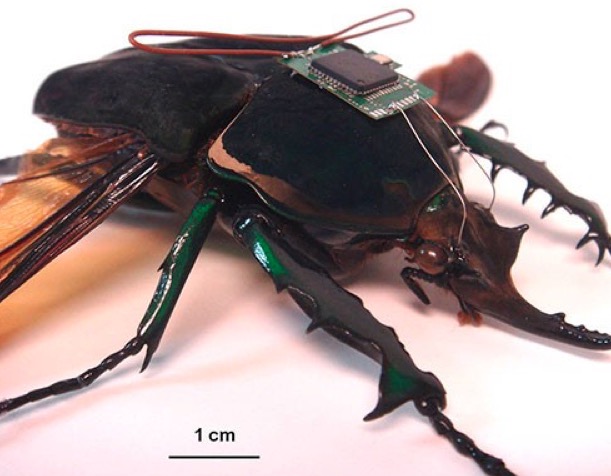 The large fighter will carry substantial fuel for long-range missiles and radar to destroy opponents before they can get within fighting range. Speed, stealth and advanced networked sensors will detect enemy aircraft first and attack. When might it be ready? Not until approximately 2030.

Autonomous weapons will be seen going forward, in all segments of war. Hackers will target it all—vehicles, robotics, drones and so forth. To counteract that potential is the creation of autonomous robots independent of their human controllers that can shut down communications to avoid being hacked.

The concern is so great in unleashing these weapons based on artificial intelligence that Stephen Hawking, Steve Wozniak, and SpaceX CEO and CTO, Elon Musk, and others delivered an open letter published by the Future of Life Institute. The group asked the UN to ban offensive autonomous weapons that are out of the control of humans. Citing the danger of inexpensive, mass-produced solutions that will be in the hands of all major military powers as the basis for a new global arms race, the group predicts that hackers will attempt to take over the machines of other powers—and the ultimate danger is too great.

The high cost of advanced ballistics is driving the military toward such cheaper alternatives as direct energy and railguns. Weaponry for the US is problematic, as it continues to attempt to address serious existing and future gaps in military capabilities, without the funds to do so.