Nicolette Emmino
A physics student from the Ecole Polytechnique Federale de Lausanne has employed a new algorithm, inspired by insect flight, to develop a drone capable of navigating obstacles. The new drone technology could find its way into natural disaster relief and recovery missions because of the drone's ability to get into hard-to-reach areas without getting stuck in the rubble.

Darius Merk’s solution, inspired by insects’ vision, is a completely autonomous drone capable of detecting obstacles in order to avoid a crash. 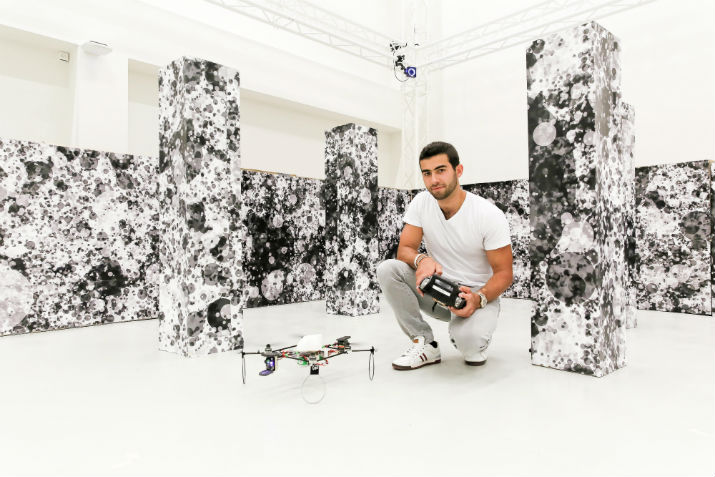 The drone does not use stereoscopic vision like humans do in order to determine depth and distance.

“Using cameras to simulate the human eye requires a lot of computing power,” said Merk. “For this, the drone would need to have a small on-board computer, which would make it difficult to miniaturize.”

Instead Merk developed a drone that can see like insects with their faceted eyes.

“Insects find their way by using their optical flow to assess how an image moves, with a distant object moving more slowly than a closer one,” said Merk.

A drone with insect vision requires only two 15-g cameras, one on either end, to achieve a 360-degree view of the terrain. Since the device uses very little computing power, it could potentially be reduced to about 10 cm in size.

This variation of drone technology would be useful in the event of a natural disaster since it could be used to help rescuers and to scout the terrain. The lightweight, autonomous drone can get around obstacles and would be able to follow a programmed course in order to bring back videos and images of hard-to-reach areas.