Toyota Working on Wearables for the Blind

Nicolette Emmino
As part of its “Toyota Effect” which aims to collaborate with companies and non-profit organizations to help create a positive impact on people, society and the environment, automaker Toyota is working to develop a wearable device for the blind and visually impaired that will help them do more and with greater freedoms.
Project BLAID, as it’s called, will create a device that will help fill the gaps left by canes, dogs and basic GPS devices by providing users with more information about their surroundings. The device will be worn around the shoulders to help the blind and visually impaired navigate indoor spaces like office buildings and shopping malls by helping them identify everyday features such as restrooms, escalators, stairs and doors.

The wearable will come equipped with cameras that detect user’s surroundings and relay the information to him or her via speakers and vibration motors. Users will then be able to interact with the device through voice recognition and buttons. Eventually, Toyota even plans to integrate mapping, object identification and facial recognition technologies as well. 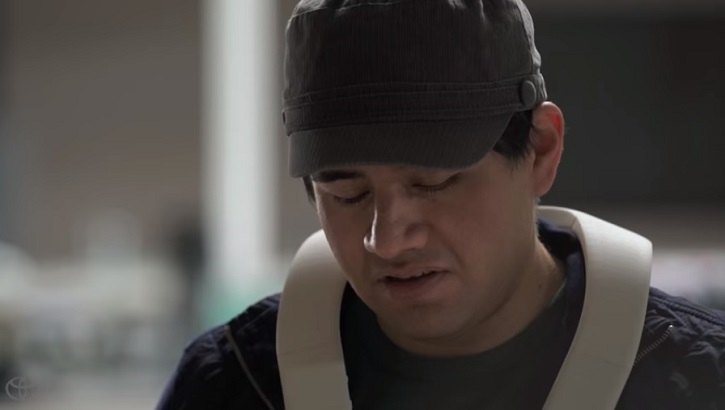 “Project BLAID is one example of how Toyota is leading the way to the future of mobility, when getting around will be about more than just cars,” said Simon Nagata, Executive Vice President and Chief Administrative Officer, Toyota Motor North America. “We want to extend the freedom of mobility for all, no matter their circumstance, location or ability.”
As part of the project, Toyota is getting its employees involved by asking them to submit videos of common indoor landmarks. These videos will be used by Project BLAID developers to “teach” the device to better recognize these landmarks.
In addition to other projects that aim to benefit people, the community and the planet, The Toyota Effect also maintains a partnership with Yellowstone National Park to provide zero emissions power to a remote ranger center using old hybrid car batteries.