The association added that year-to-date sales through August were 10.1 percent higher than they were at the same point in 2013.

He added that chip demand was strong across nearly all semiconductor product categories. The semiconductor industry has now posted six consecutive months of sales growth due in part to growth in the Americas market. 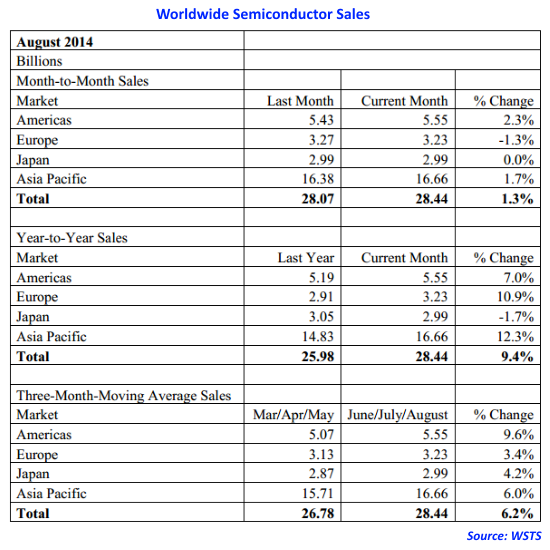 All monthly sales numbers are compiled by the World Semiconductor Trade Statistics (WSTS).