Study: Lampposts are the lowest carbon solution for EV charging 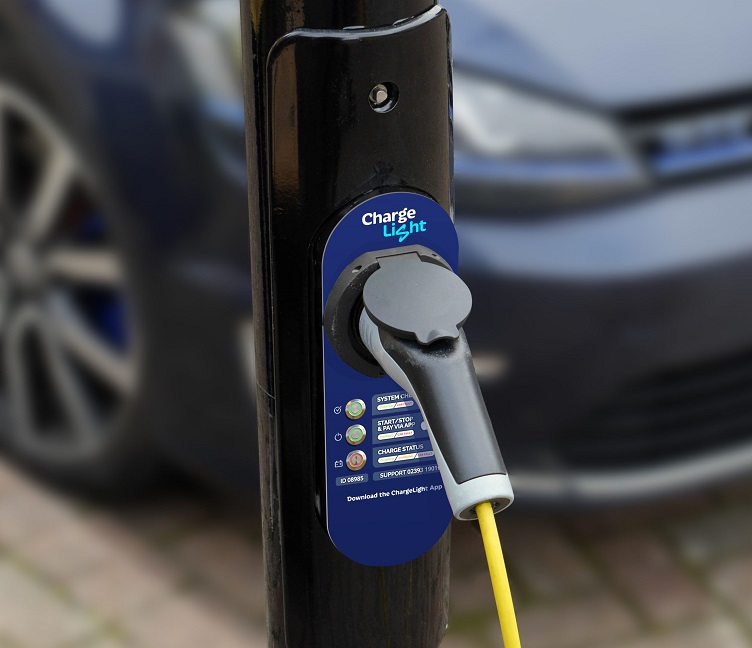 Streetlights are on every street in urban areas and adding EV charging would bring more points everywhere and at a lower carbon point than building new infrastructure a new study said. Source: ChargeLight

The transition to EVs is underway with every automotive OEM planning to switch to primarily selling electrified models in the coming 15 years, if not sooner. This is being accelerated by regional plans to change to EVs both in the U.S. — as the new law in California has been established — and worldwide.

To meet the anticipated demand for EVs, charging stations will be needed in the hundreds of thousands. This includes chargepoints that will have to be installed to serve the 8 million households without access to off-street parking.

Typically, these chargepoints can either be through new charging infrastructure that is constructed or through retrofitting existing lampposts.

Lampposts are more carbon friendly because they require fewer materials to construct, saving up to 37,000 T CO2 for every 100,000 chargepoints. This is equivalent to more than 200 million kilometers of a car traveling on a gasoline engine, Sustainability Analytics said.

Other benefits to lampposts

While the main benefit of using lampposts for EV charging is environmental, using the existing infrastructure rather than installing new devices offer other benefits as well, including:

There are several vendors that are developing on-street lighting including ChargeLight, which commissioned this study, and Char.gy, which is developing its own on-street parking that gets placed on streetlights.

Many of these systems and their emissions are different depending on the specific installation but compared to new infrastructure builds they are all better at lowering the carbon footprint, Sustainability Analytics said.

Specifically compared to pillar charger systems, ChargeLight and other systems could be more than four to eight times more efficient, the study said.

“The resource requirements for new charge pillars is much higher than using the existing sources of on street electricity, so it is no surprise that building new pillars will cause more carbon emissions,” said Henry le Fleming, founder of Sustainability Analytics. “This is an opportunity to build low carbon charge points for electric vehicles.”